I'm curious what this wood Henckels used on my knife. I'd date the knife to around 1910 and I assume the handles are original to the knife.

The images below show a re-handled knife with a bit of the old handle material added by the bolster (on the left in the images.) The piece in the center of the image is part of the original handle sanded down and part of it wetted. The camera shows it very chocolaty in color but in real life it's a bit darker, more like walnut heartwood.

But I doubt it is Walnut as I think walnut is an American wood. And it certainly could have been dyed this very dark brown color as it bleeds when soaked in water.

So, any idea of what woods were used for major knifemakers back a hundred years ago? 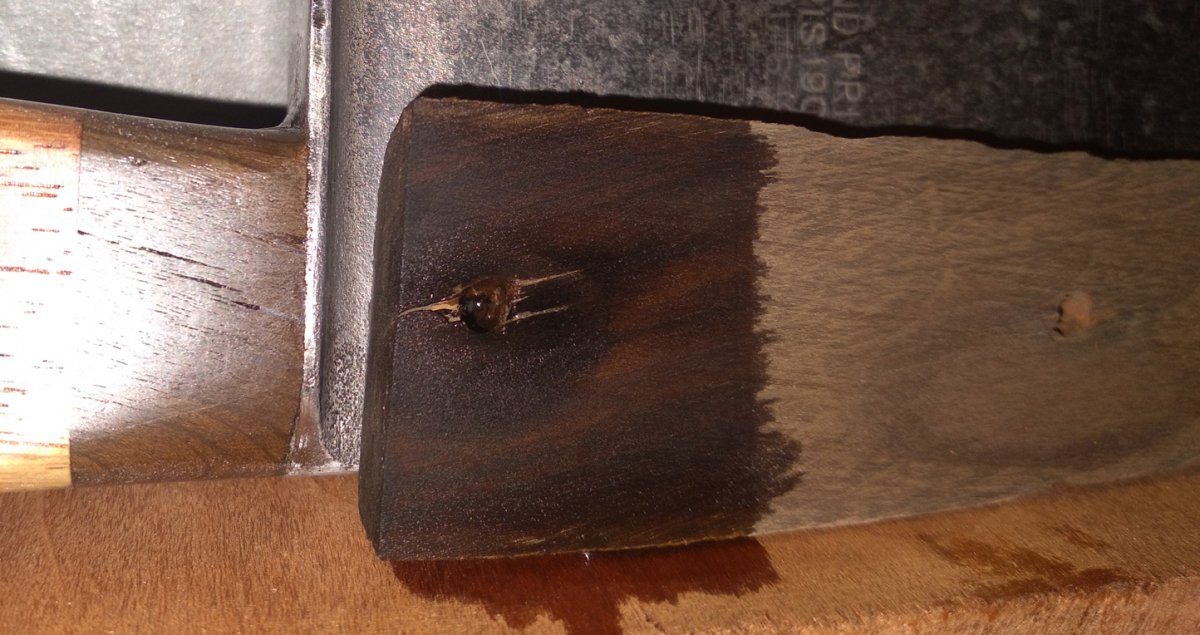 Juglans Regia is the Europaean walnut, as the American Black Walnut is the Juglans Negria.
European makers today use cherry, prune, walnut, olive, all local. Have seen full tang vintages with European (AKA English) Oak. Nogent handles used to be made of ebony from Africa.
I got from @Carl Kotte a Nogent handled Dick from the twenties, probably made during the French occupation of the Ruhr, whose handle is from massive walnut. French Nogent are as said from ebony and look massive, but aren't. The inner hole is large, so the ebony is very thin and fragile, but very light as well, maintaining the blade heaviness the French public expect. Easily replaced, what was the sense of the Nogent construction.
Last edited: Dec 7, 2020