I finally found out what the knife shaped ball of rust in my garage is. After decades of wondering Here are some photos of it. I only found out what the knife for sure is (and also what it probably is) last night. Would anyone like to guess what it is or its origins before I put up a wall of text to explain what it is and why it should be pretty interes5ting to kitchen knife historians and inventive makers of knives?

When only the very finest in tile-setting tools will do... 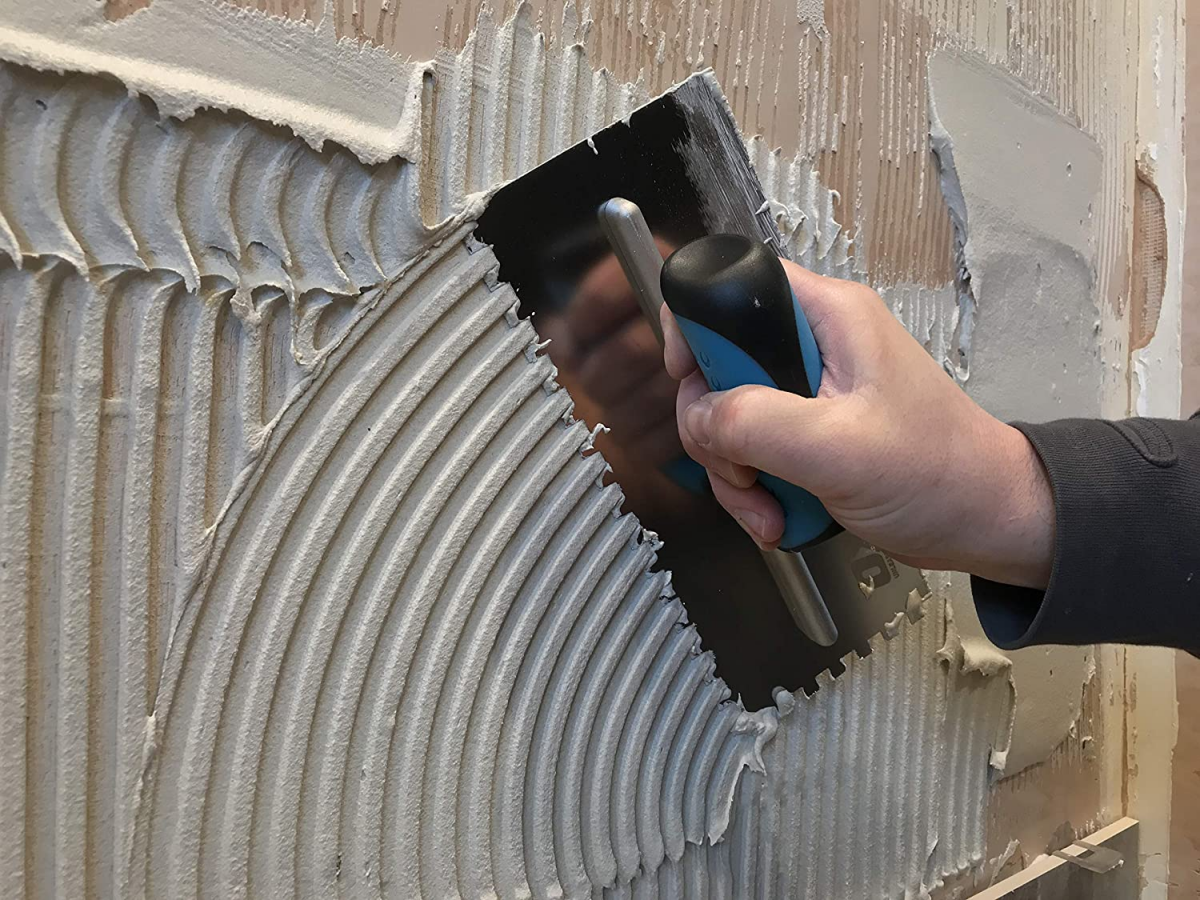 Can we get a choil shot?

See other examples and history here:

Oh man! I was gonna guess pumpkin carving knife but it looks like McMan got it
M

That knife showed up in my garage (I think) roughly 25 years ago. It was carried in by relatives along with two big shedloads of tools car parts, spare plumbing bits and memories shortly after my grandfather passed. I wasnt home at the time and the family noticed an empty garage that was not being defended . At some later date after I had gotten rid ofb half the stuff, I saw that knife rusted to bright orange wherever it wasnt coated in grime, and it was so weird I had to find outwhat it was meant to do when it was new. BUT I could not find any information about it or who made it or why. This was mostly my fault because I was looking in all the wrong places for information because all my guesses about where it once belonged and what it was meant to cut and even the time when it was built were all way off base.

After pondering the knifes traits and build features for a long long time I had decided that it was probably made just before WWII and no earlier than the `1920s due to its austere use of technology over traditional cutlery artisanship to save money while building it but also in the ways it makes form follow function so hard that it might last forever in its current shape. No just last but perform well as a knife. It will slice a tomato thinner than all but the freshest sharpened chefs knives today, even though it has not been sharpened in at all that I can tell since it left its factory. It has serrations that are unlike any serrations I had ever seen before (Well CrafTed Kris daggers admittedly have the exact same pattern if you cover the upper half of the blade so you cant see it, but nobody calls Kris knives serrated do they?) And that giant wavey serration pattern is ground accurately and skillfully into a blade that is only 1/16th of an inch wide. Also the knife has no tang whatsoever. It is only blade and handle. No tang to support a handle The blade being 9 inches long and only 1/16tyh of an inch thick the handle has to provide all the support And the handle is only about a foot of 1/4 inch round stock And yet to hold the knife and cut with it, it feels sturdy in every direction you would normally cut or stab with it. Even the way th3e handle is attached to the blade seems like a 1930s or 40s clever solution. I dont know if my photos are clear enough but I tried to show that beore they bent the handle into a shape that fits hand and blade, they had us3ed a horizontal end mill to cut 1/16th inch wide slots halfway through both ends of the handle. and cut small cones into the center of each end of the handle. THEY THEN BENT THE HANDLE INTO SHAPE< slipped the slots over the blade and used the cones in the handle ends to help solder the handle to the blade. You will hardly ever see a better soldering job on any knife that isnt a custom presentation .

So that is how I wrongly decided the knife had to be from sometime between the end of WWII and maybe 1950. Before and after that knives that were produced in factories were prettier and usually less secretly amazing in t4ech and function and longevity. I Also wrongfullty concluded that the style of the blade and the peculiar scalloping most closely resembled what you might see as a breaker knife in a slaughterhouse or meat packing facility. That would have put this poor knife in darkest times for 6hose places. But I was way off. Next post Ill go into the history of who made this knife, when , and why. Hisb family still run the knife making factory which he founded, but these days they only make one kind of knife, the one that he is most famous for.

I warned you this would be a wall of text
M

McMAN I award you all of the points. in the guessing contest. Now check out the changes between Chrisys patents and photos and how this blade and handle arrangement are slightly different.. And stronger Also as an asside almost all of Christys wire handled serrated bread knives that you'll see on the internet are attributed to Clauss cutlery instead of Christy. Worse still Clauss cutlery added a worse but prettier way to attack wire handles, so modern enthusiasts of these have taken to calling the cleaner Christy designs "the primative examples" harrumph

@KAMON Knives, was this the inspiration for your all steel integrals?

I have a similar one on my knife block and I've sold one too. Various companies made that style of bread knife from the 1800's to the early 1900's. Mine is a great knife.
M

ian said:
@KAMON Knives, was this the inspiration for your all steel integrals?
Click to expand...

I swear I've seen a very very similar version of this made and sold, recently, by a large knife company.
V

Ericfg said:
I swear I've seen a very very similar version of this made and sold, recently, by a large knife company.
Click to expand...

I seen something similar on eatingtools

A striking and unique serrated bread knife handmade by Andersson Copra in Gothenburg, Sweden with polished brass handle that lends comfort and control.

A striking and unique serrated bread knife handmade by Andersson Copra in Gothenburg, Sweden with polished brass handle that lends comfort and control.