This is an extension of the first post, since I went over the character limit. Original post is here: WTS - JNats to Fund Knifemaking Equipment

Only the sen size tomae and the honyama iromono are left. A few other stones are also SPF since people have messaged me about them. If the buyers drop out, then I will list them here. For all purchases over $300, I'll include little goodies as a thank you gift, you can pick between powder, tomo nagura, and koppa (while they last) 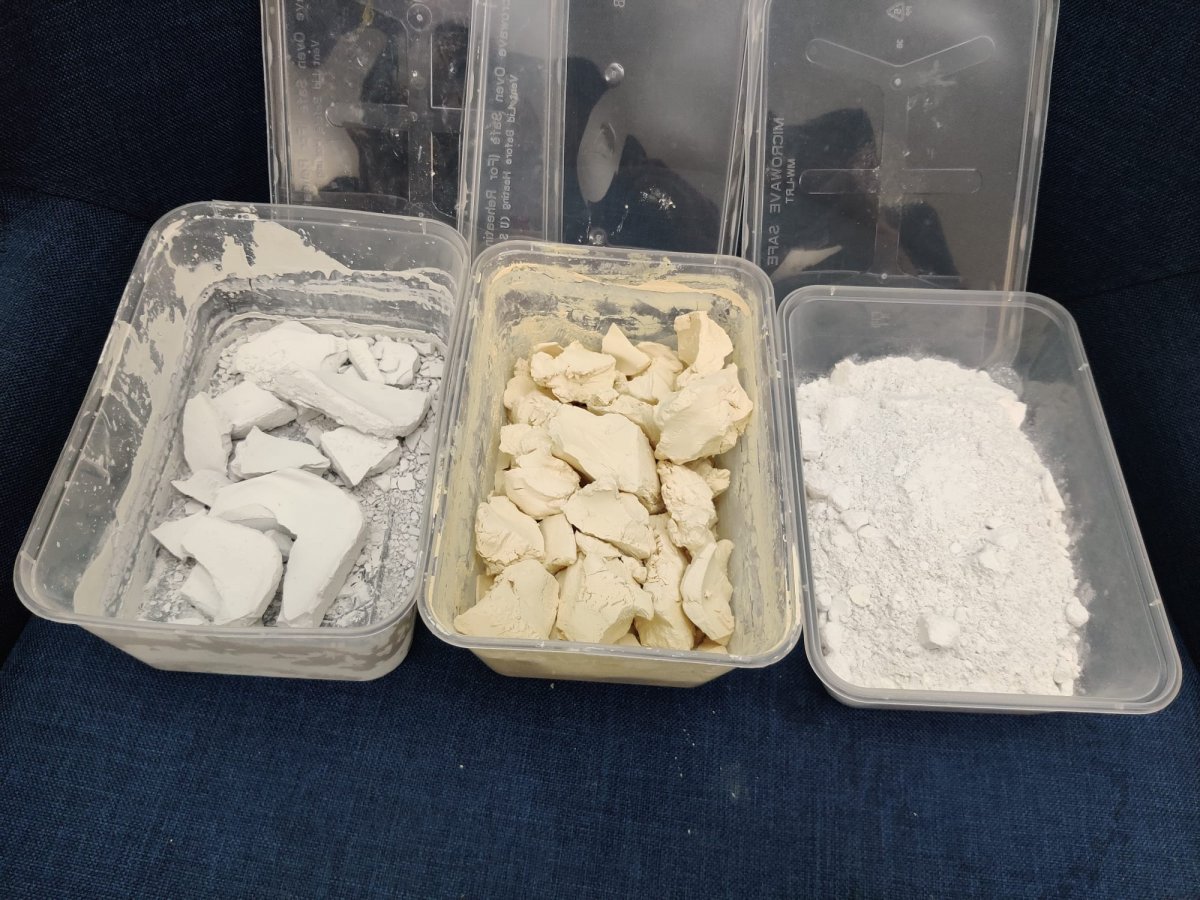 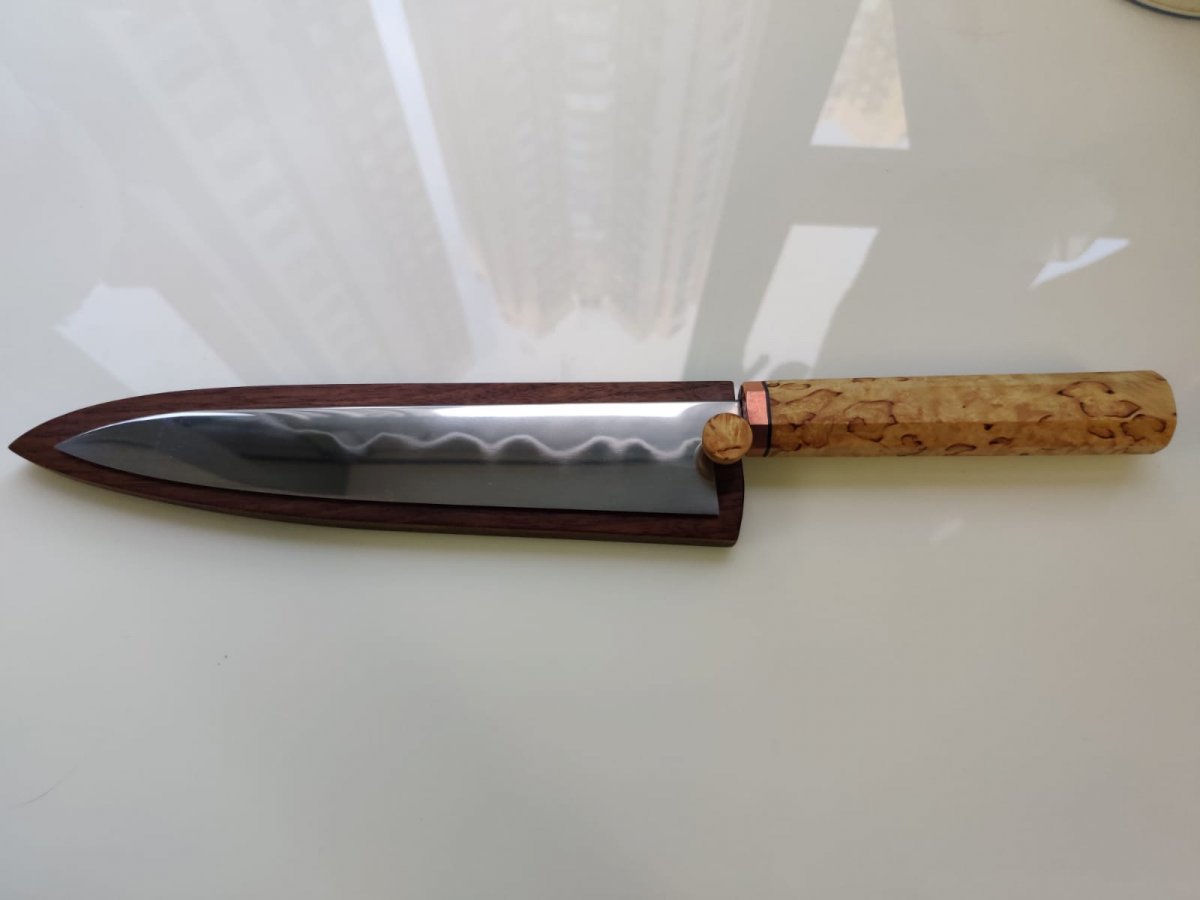 Picture of the powder and what it can do, for reference.

Soft suita, level 2.5. Again you get more of a hazy hagane, bit less contrast but very gentle on the eyes in exchange. Hard to describe, please refer to the pictures. It is a scratchless kasumi finish if done properly. There is a large bit of su near the bottom of the stone circled in orange, but you're not reaching that in your lifetime. There also appears to be a big line on one side, but it's only at the side. There is a picture with two red lines and a red circle showing how it runs. Overall a very beginner friendly stone, almost like cheating.

Another very soft stone. This one is a favourite of mine for removing synth scratches. It is fast and leaves a very consistent scratch pattern. I was not able to capture it in the polish pic (crappy example taken long ago), but it is a visible scratch pattern. Great stone for easy working kasumi

Medium in hardness, finer example of aoto. Not going to make any grit estimates, I've tried my best to capture the scratch pattern on camera, please judge from that. Blade road was taken to 5k on a Rika 5k, and then polished on the aoto for 5 minutes. Enjoyable to use, aggressive edges, smooth in use. Does not shed gritty particles when polishing, smooth nakato feel. Does not require diamond plate for slurry. Let me know if you can't see the scratches.

Continuing on from above:

Softer than the previous stone, and also coarser. Redder in colour as well. Again, hope you can see the scratch pattern on the picture, blade road was taken to 5k on a Rika 5k, and then polished on the aoto for 5 minutes. Hagane noticeably hazier than that from the aoto above. Edge feels more aggressive and the stone cuts faster as well. Cheaper introduction to natural stones. Best used for sharpening purposes.

This is a stone I cut to shape from a large koppa. It has been sealed with cashew lacquer to prevent water entry. It will come with a tomo nagura cut from the same stone, but we can discuss if you'd like more pieces from the original stone. The atagoyama is hard, but not grippy. It doesn't punish you for poor geometry as much as you'd expect. You shouldn't use an atoma on it, but instead use the tomo nagura I cut, since the atoma will release particles that are overly coarse (i.e. it will scratch up your blade). It is more of a burnisher, meaning that the hagane is much brighter than the haziness you get from other stones. You can see this by how it reflects the natsuya patterns. It also gives a lot more contrast, as you can see from the pictures, as well as a lot of detail (poorly captured). So if you're just starting out and haven't tried anything harder then you may want to give it a try. All depends on if you like the look of the polish/want more contrast between hagane and jigane.

Another soft and friendly stone. I bought this one quite early on and never really considered selling it since it is one of the easiest stones I have. Like the suita, feels like cheating. Doesn't require good mud or pressure management. Not as fine as the iromono, but also gives a scratchless finish if used properly. Quite yellow in real life.

Bought secondhand, came embedded in a dai with years of caked slurry. I dug it out, cleaned it up and lapped the surface flat. My main use for it is as a finishing stone for sharpening. Very refined edges, not the fastest cutting, but is seriously easy to deburr on.

Picture of the powder and what it can do, for reference.
Click to expand...

What was the progression leading up to that?

For this one I mirrored the knife and applied the powder. It’s by no means a natural nor good honyaki polish, mainly just to illustrate what can be done with synthetics and powder.

Hey I'm not sure if it's true for anyone else, but the photos aren't showing up for me. Using Safari on an iPhone. I see the bins of stone, polished honyaki, but nothing else, even when clicking thru to the albums. Not complaining! Just hope it helps.things get seen.

captaincaed said:
Hey I'm not sure if it's true for anyone else, but the photos aren't showing up for me. Using Safari on an iPhone. I see the bins of stone, polished honyaki, but nothing else, even when clicking thru to the albums. Not complaining! Just hope it helps.things get seen.
Click to expand...

Showing for me. Chrome on Windows.

Incredibly happy with my purchases

More pictures/vids for the atagoyama. kindly maximize the screen for the video 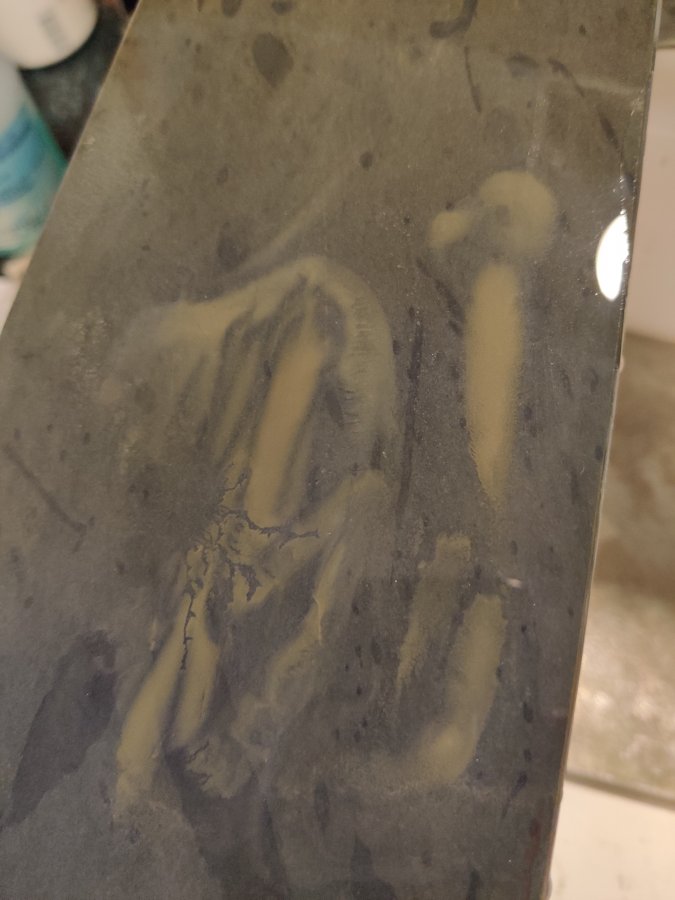 Another 10% price drop for the atagoyama.