Jville said:
Not to keep talking about the Fujiyama cleavers, but it does seem relative to your question. They are ground very thin like CCK. They have a different feel, of course, because they are heavier. You do lose some of that nimbleness that is quite attractive with CCK. But sometimes some would prefer more weight on a CCK and that’s something these Fujiyamas are really great at. You get the thin cutting ability of the CCK with great steel and some a$$ behind them. Honestly, I think the best all around cleavers are takeda. They are thin, light and nimble, sturdy, steel is tough and just generally excellent, and you get magical food release, which is the Achilles heel of most cleavers. I’ll be honest I really don’t use my cck, eventhough I really like it. I have gad the small stainless one for years and had a small carbon one that really liked but ended up selling. I didn’t end up using it much. I always knew that I would like the large CCK, so I bought the large slicer(I think early this year). But I have barely used it, eventhough I really like it. I just gave it a quick sharpening since it didn’t seem like a great ootb edge. It will be getting some work here soon. But if I had to do pick just a couple of knives for sure one would be a Takeda cleaver.
Click to expand...

Both Fujiyamas and Takeda sound very interesting, definitely something to try one day. Both are pretty expensive, relatively speaking, and not easy to find.
N

One thing about CCK and the other big Chinese brands is that they offer a wide variety of sizes and thicknesses in their lines. Something for everyone. Just many are kind of hard to find in the US and I understand where a trip to Shanghai street in Hong Kong may not be practical for everyone.

Michelin star chef Tong Chee Hwee at work with what I believe is a cck. 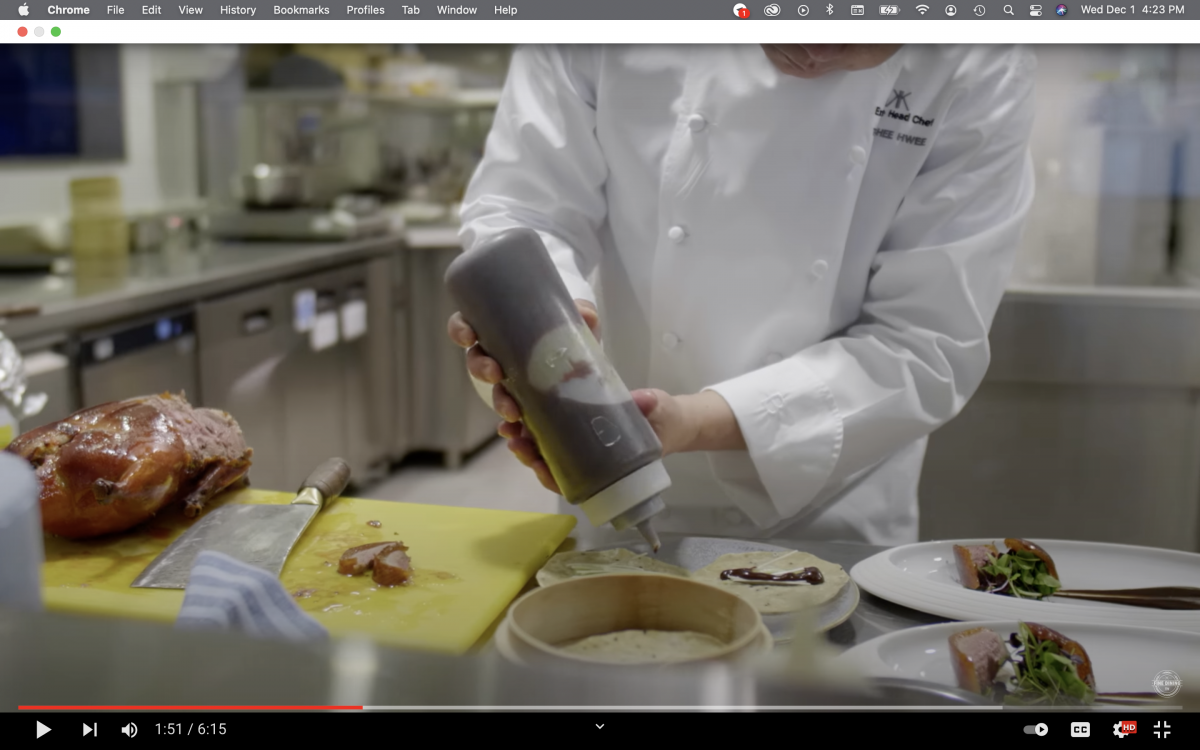 'If it ain't broke, don't fix it.' The cheap Chinese cleaver, a purely utilitarian tool—akin to a carpenter's hammer or saw—the cheaper steel is tougher, and more forgiving being slammed into the board. Personally, I'm a fan of Chinese-made cleavers, have no desire for a pricey Japanese or Western made Chinese cleaver—tend to save me money for gyutos/sujis/single-bevels. 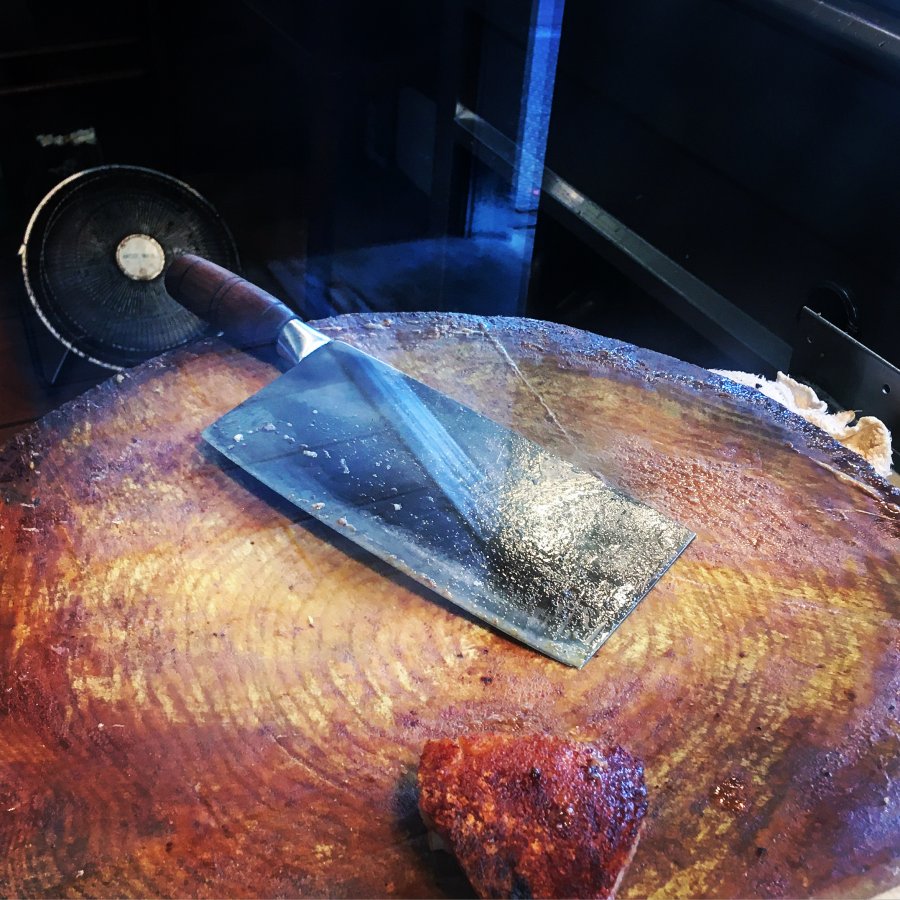 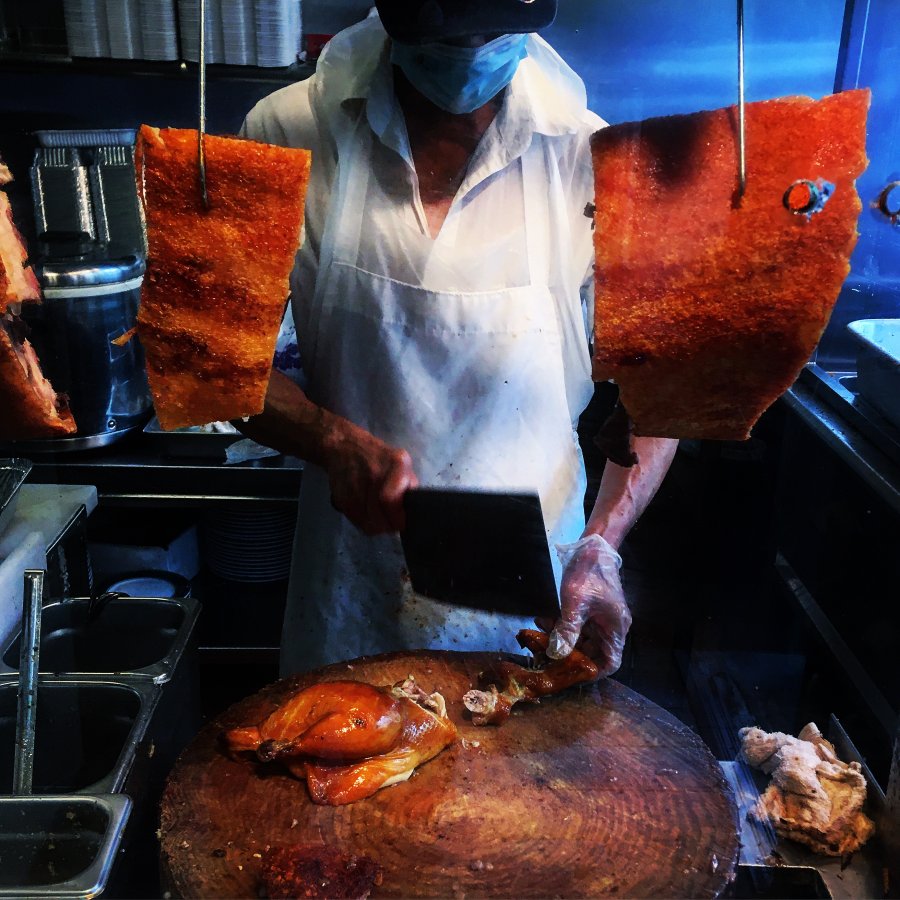 Pics of from a NYC Chinatown siu mei vendor.

I think there is no issue you can`t fix (geometry) with a cheap one for a few bucks like Dengjia (and they are real warikomi!). The steel holds up just like a Sugimoto Shirogami.