I recently picked up a knife at a local auction site and now I'm trying to identify it.

The box is marked HIRO and the ad said "Tetsujiro 240mm". In the pictures below, I've included both the Kanji of the knife and the japanese label of the box. The only thing I figured out this far is that one part of the kanji says "blue 2" - which makes sense as the ad said "carbon steel". The western label says "chefs knife" in Swedish. Which tells me it probably is sold in a Swedish store.

I've also made a google connection between Hiro knives and a Mr Masui, and some of these knives are sold by JCK under the Tatsujiro brand. (different models though). But then I got lost - what have I bought?

In general appearance, this seems to be a well used knief, although not by a hand sharpener. The bevel is small and the blade seems never thinned and the cladding goes almost al the way to the edge. If I have to guess, I'd bet that it's sharpened on a device like the Edge Pro or something else with a fixed angle and no real thinning. The knife is also with a very distinct belly now, and significantly shorter than 240 mm. Rather it's heel to tip is 210mm and handle to tip is just under 230mm.

Any ideas on what I've got here? 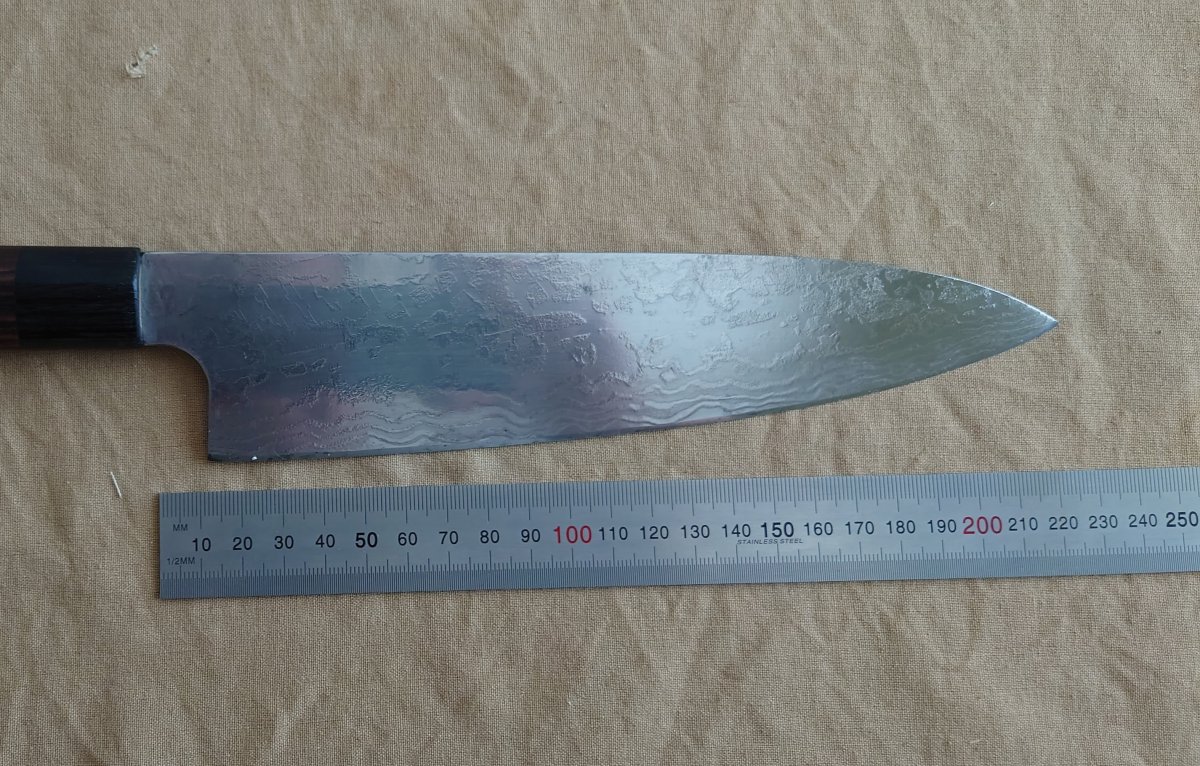 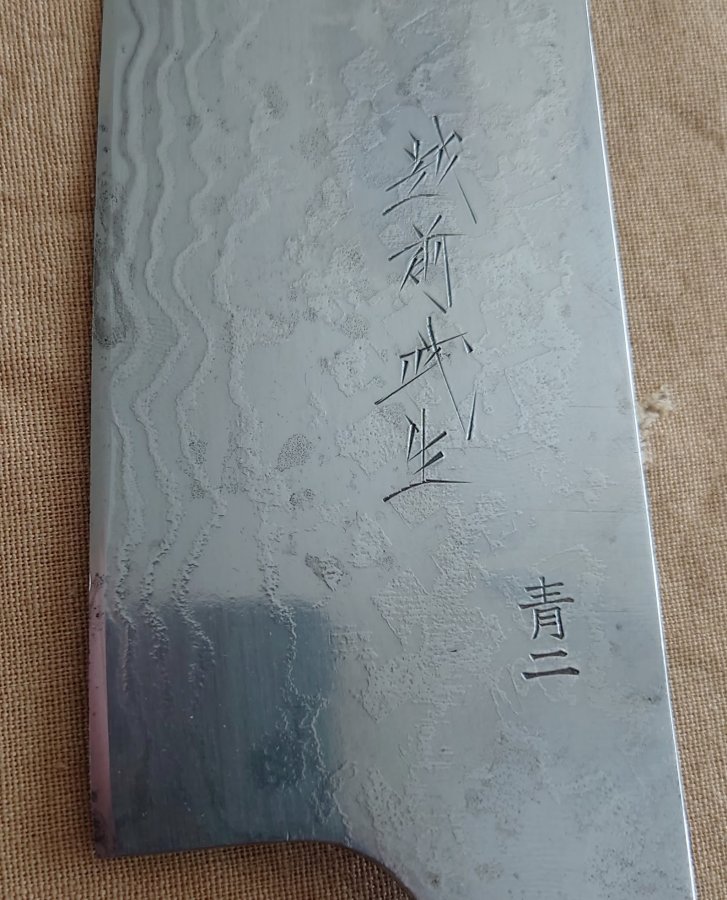 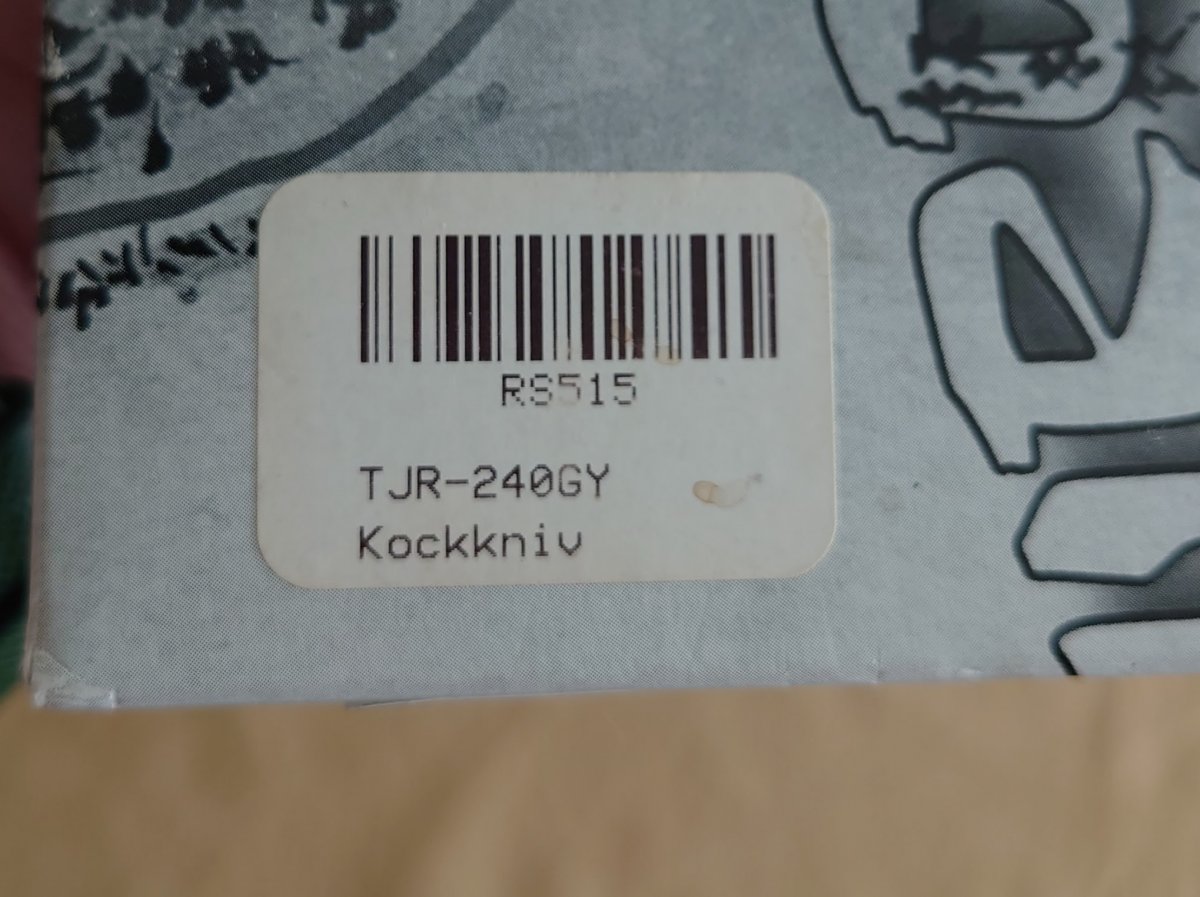 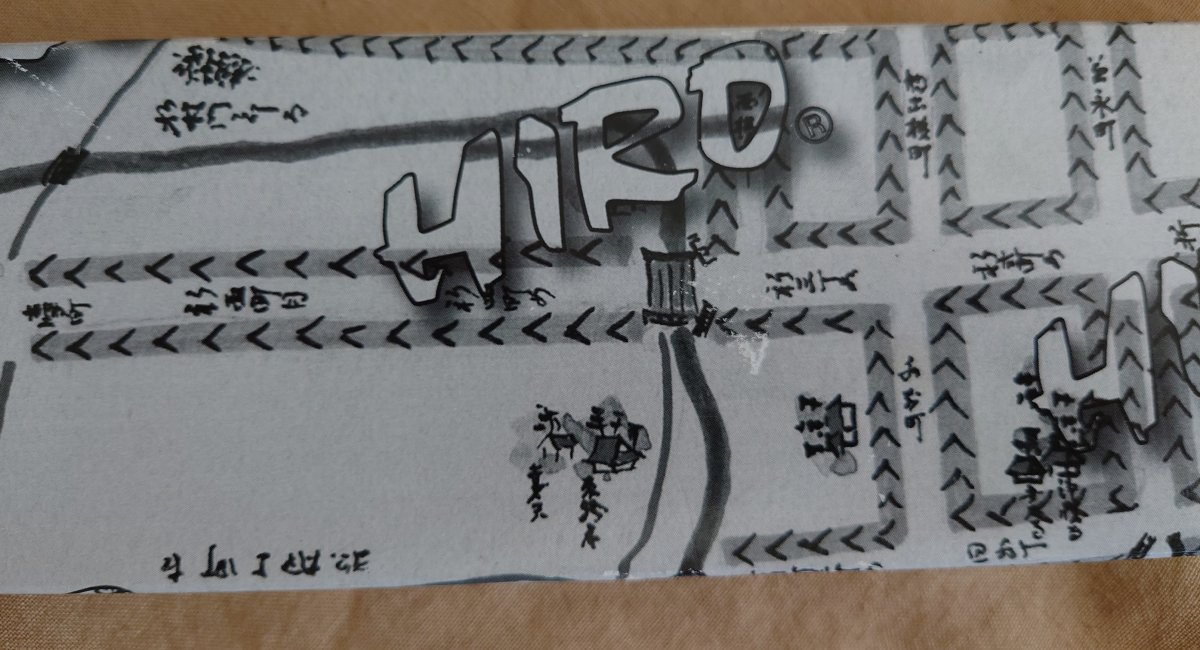 Noone recognises the kanji?

Noone knows anything about the brand?

You might want to reach out to Cleancut - they have a Hiro brand page: Japansk smideskonst när den är som bäst – Köp Hiro kökskniv idag

Edit to add: Linked from cleancut.se as there is product listed. cleancut.eu has nothing on the brand page.
G