So, when I went home for Christmas my brother had a new combo stone from Korin and asked me to show him the basics of sharpening. He had a few Shuns that I found quite wear resistant especially with his stone(s), so I thought I would buy him a 'practice' knife. Something he doesn't attach any value to and that might be easier to sharpen than his Shuns.

Anyhow, I go to Rakuten to look for a bargain knife and with the Yen-Dollar rate very favorable right now, I find a 240mm Zakuri in Blue #1 for roughly $76 with $12 shipping ($92 total).

And then I see a non-Zakuri blade made in the same area that looks very similar to the Zakuri. It is also in Blue #1 and 240mm. This one is roughly $65 and again with roughly $12 shipping ($77 total).

So what's a man to do? I buy both just because I'm curious, and it is hard to go wrong with $170 for two knives.

Shipping was fast on the cheaper knife but the other one took a couple of months -- though they did apologize for being late.

So how do they compare?

They both have the exact same handle (walnut with plastic ferrule), finish, and profile. One could argue that the finish on the branded Zakuri is slightly better and more even, but with the variance in these types of knives, I am not sure I could call one better than the other. Also the machi on the Zakuri is a bit longer.

The profile is EXACTLY the same though, and if I overlay the knives (see photo below that looks like one knife), they match up 99% perfectly with maybe less than a millimeter difference along the edge in a couple of places where the edge was ground/sharpened and possibly around the tip too.

As for the weight, the branded-Zakuri is a bit heavier: 213g versus 193g, so 20g heavier overall. And caliper measurements along the spine show that the Zakuri is consistently thicker from spine/heel to spine/tip, which accounts for the weight.

The only real difference I could detect between the two blades is that the non-Zakuri blade is slightly wavier along the spine. I tried to take a picture to capture this -- so you might be able to see it (or maybe not). The right blade in the spine shot has a bit of curvature. It doesn't appear that the waviness extends down to the edge though, but it will be interesting to sharpen both of them. From what I understand/read, blue #1 can be difficult to forge, so I am not sure if this is just normal variation or a deficiency.

So with that said, this is a very preliminary comparison OOTB. I haven't used or sharpened these knives, but I wanted it that way so I could get a fresh comparison OOTB. The differences at this point seem negligible to non-existent depending upon how one looks at it. The prices were also very similar with the Zakuri only being 17% more than the other knife, but both well below the $100 mark.

In the end, it is hard to argue with the value now that the Yen is weaker against the dollar, and I am happy I took took a chance on both as one will be departing for my brother. Also, I had never used a knife in blue#1 before, so it was worth it alone just to satisfy my curiosity.

Here are some pics from my iPhone. 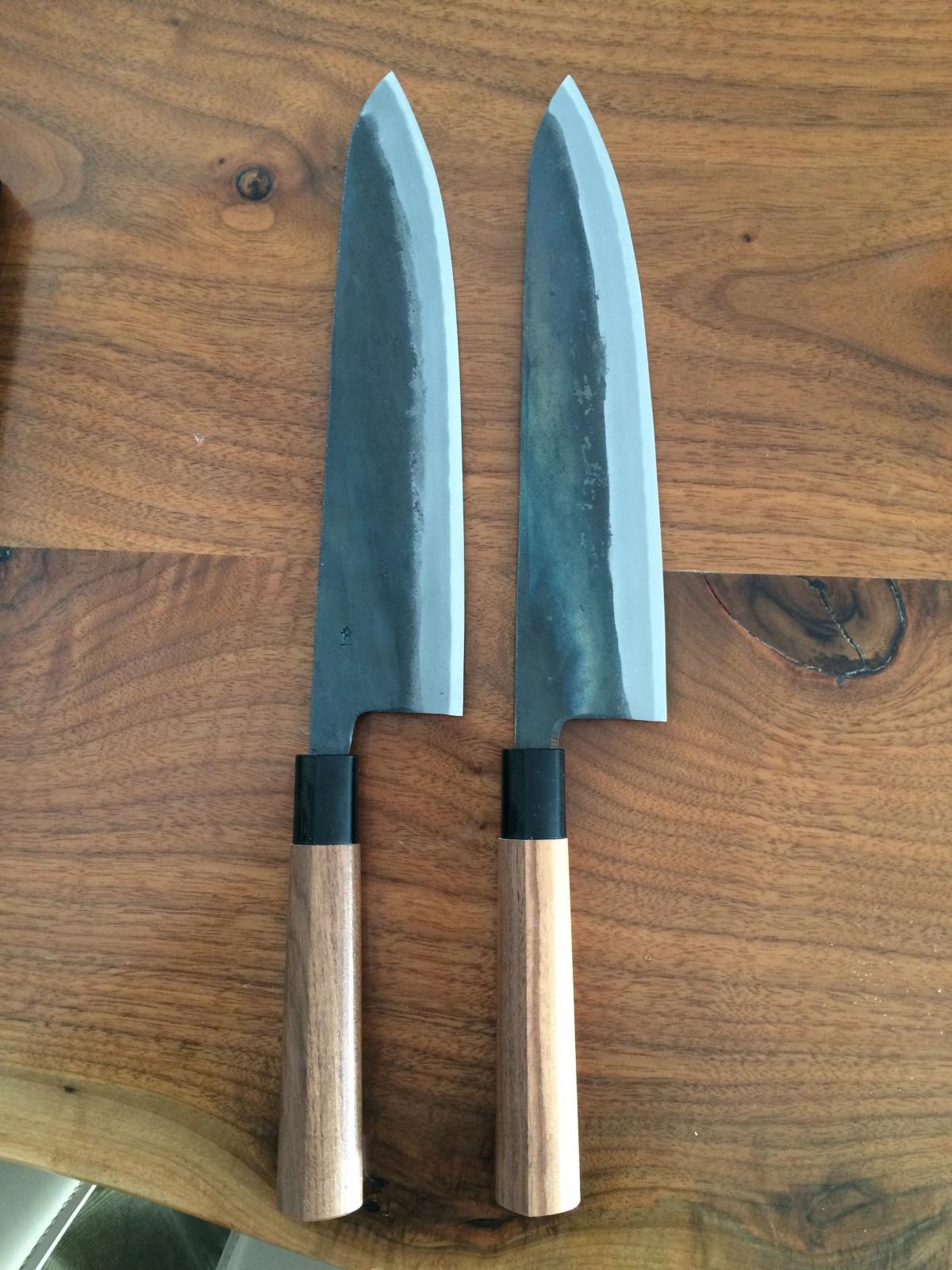 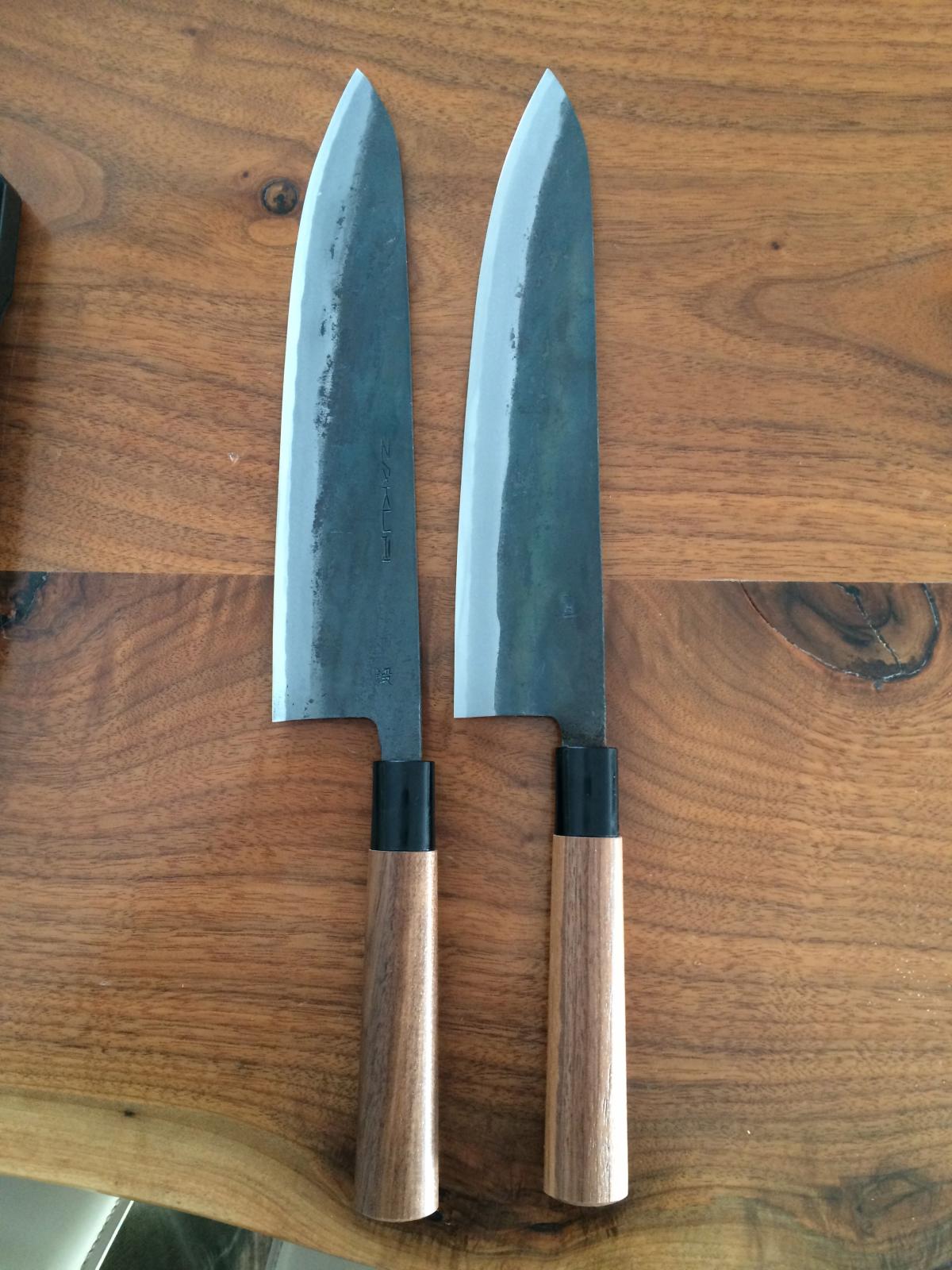 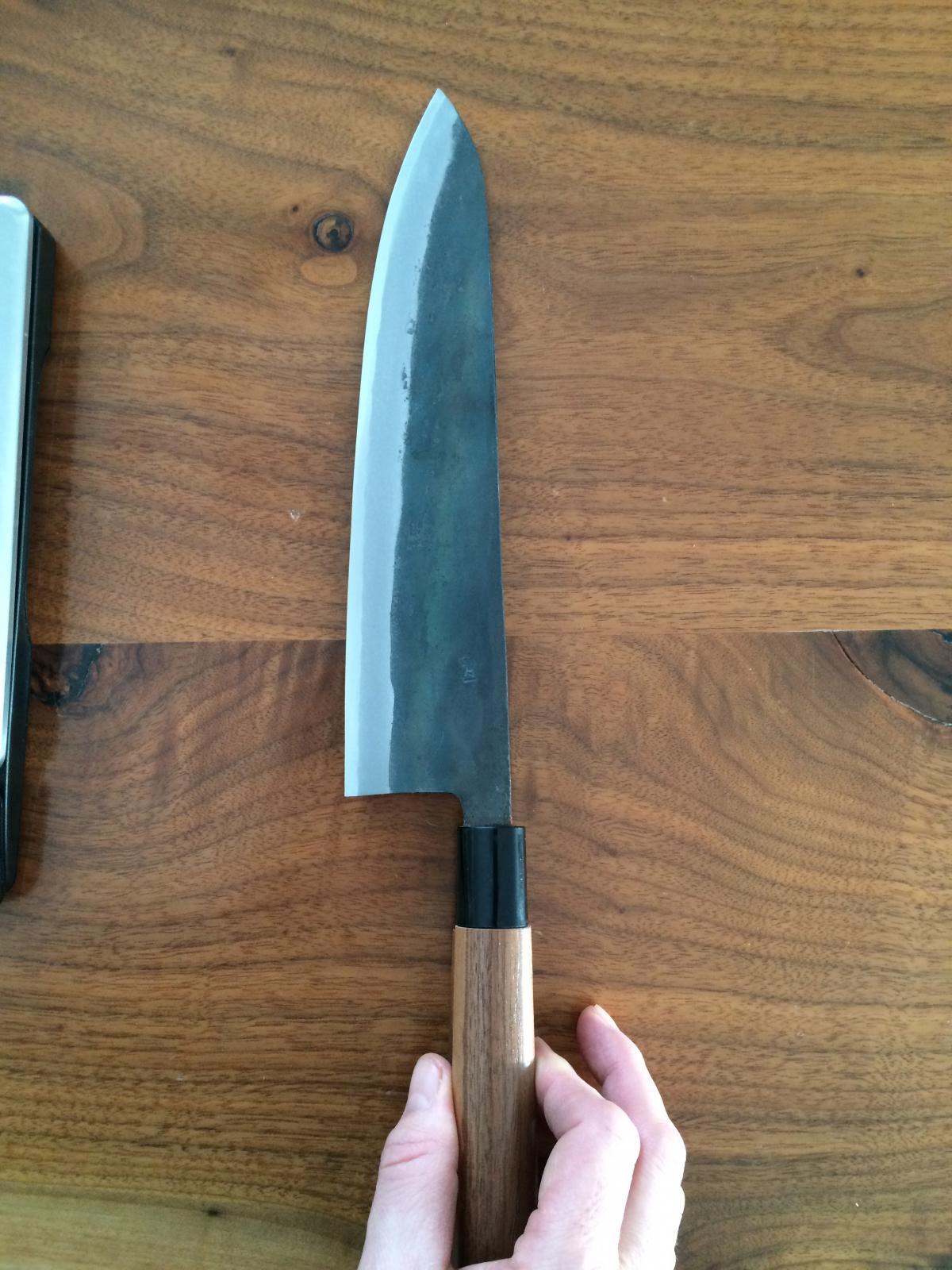 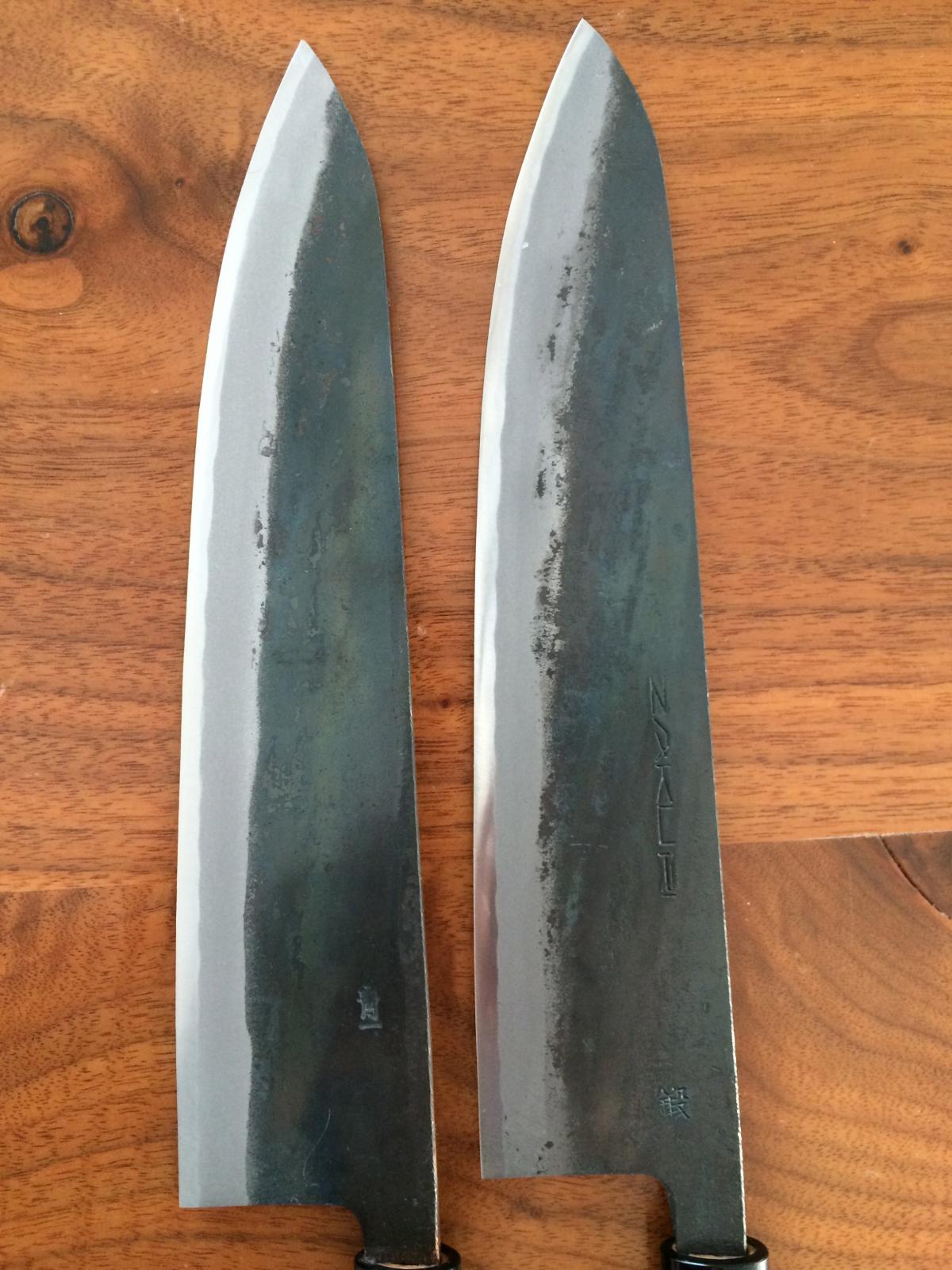 I am certainly no expert, but the waviness on the spine of right hand knife jumped out at me. That degree of waviness would bother me, but then, given the price, it is hard to complain too much.....

I was amused by the way you solved the dilemma:A or B with "yes". Been there, done that, more than once.

Looks like -- presumably due to strengthening of yen vs. dollar -- the price has increased by about 10%. (http://global.rakuten.com/en/store/buk-r/item/115-006/ ; your link seems to be to the Japanese version.) I am fond of Zakuris, and looking forward to your additional conclusions.

Zakuri steel is quite good, great value. I can't get over the profile however.
L

I am waiting for a more detailed review. They were on my radar as a possible purchases.
J

panda said:
Zakuri steel is quite good, great value. I can't get over the profile however.
Click to expand...

Grabbed an unbranded one from Rakuten and realized the same thing. The curve in the tip portion of the knife is way too much for my tastes. Going to cut another onion/carrot to see if I can get used to it; if not, BST. The spine on mine came significantly straighter than the one the OP got.