I've been on a Swedish makers buying spree lately and need to pass on a few knives to make room for more. I will prioritize trades for 225-255mm gyutos from Western makers (ideally a midweight-to-WH in 52100 or similar carbon monosteel from e.g. Shihan, Marko, Prendergast, Kipp), also would consider Y Tanaka, TF Mabs/Denka, Watoyama options and cash if interesting trade options don't show up.

Nice size, great handle, feels quite forward balanced and solid in hand. This one came to me rather dull and was sharpened from 1k, used for a handful of meal preps but didn't click with it. Has a small scuff on the right blade face (see second pic) that I believe was already there when I got it. Paid $480 and setting trade value at same.

Dalman 215mm AEBL gyuto
I got this in a package trade and have been preferring a different Dalman (BB collab), so passing this one on. To the best of my knowledge, this one has an older version of Dalman's convex grind, I would call it midweight and more food release biased with moderate distal taper. It has had two previous owners and was lightly thinned by the prior owner at 1k grit (hence the scratches), but I was told the geometry was not meaningfully altered. The handle is reindeer and birch, and has a very small notch in the butt end (see last pic). It came quite dull so I sharpened it on an SP2k and was very impressed--Dalman's AEBL is probably the easiest-sharpening stainless I've ever experienced. I put $400 into this in trade value and am looking for the same. 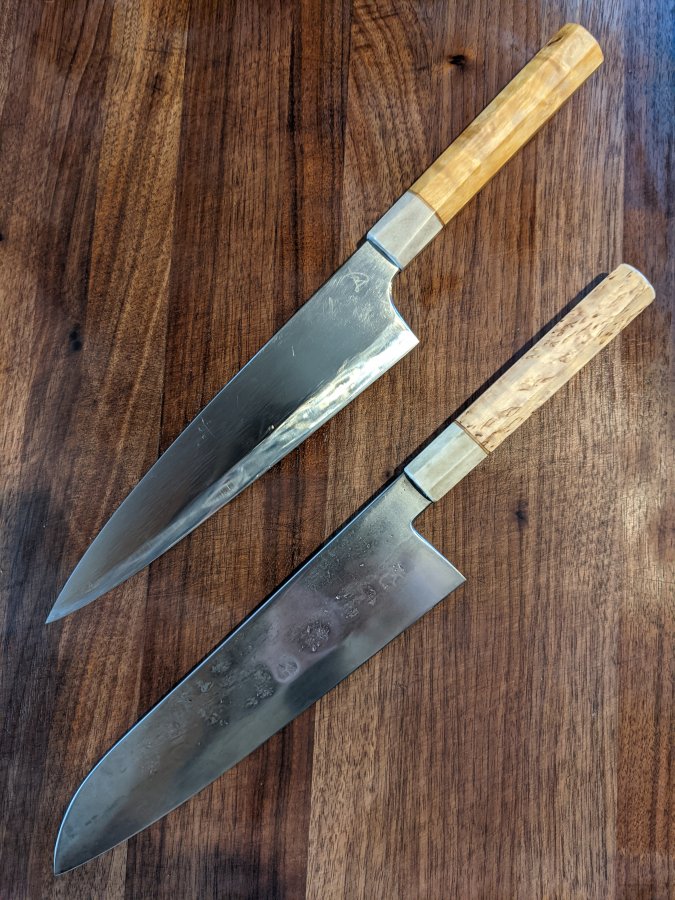 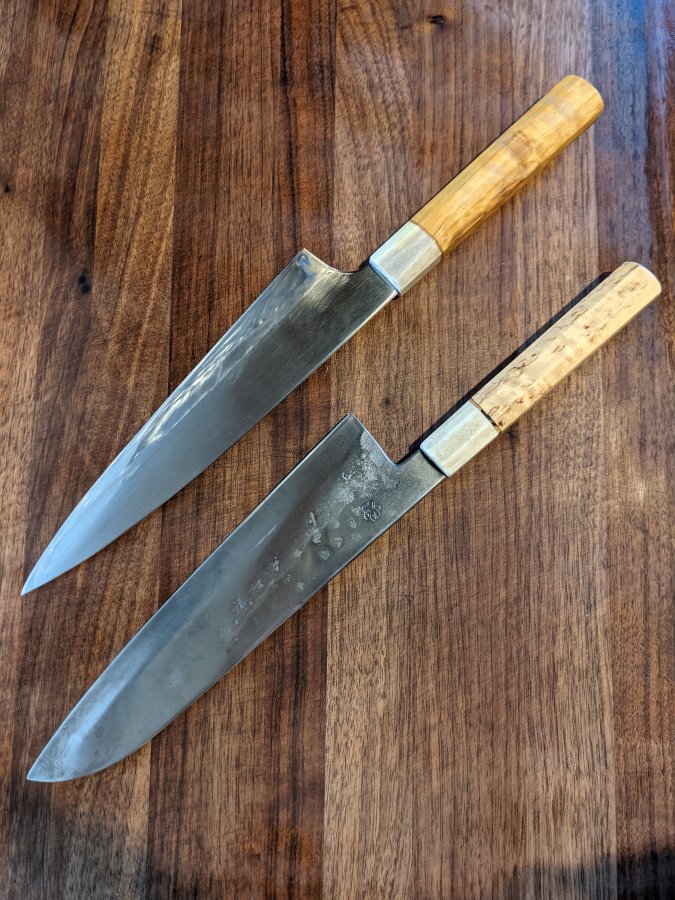 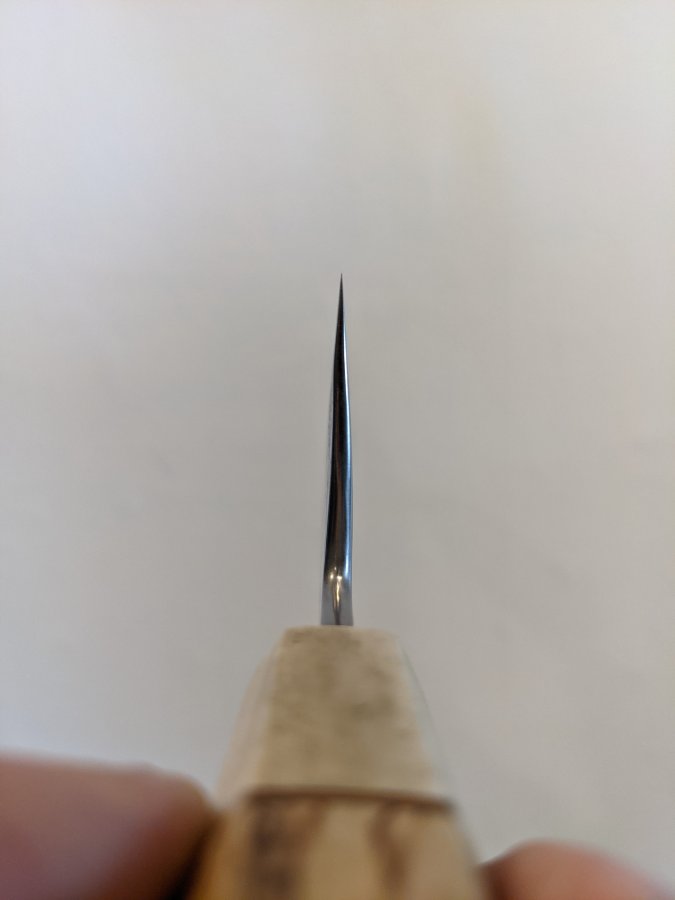 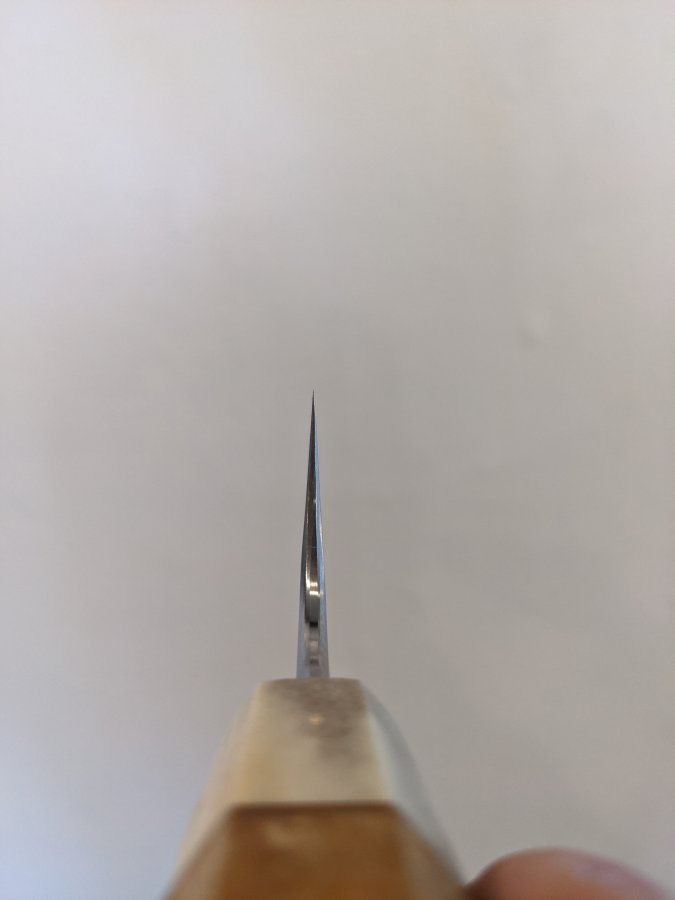 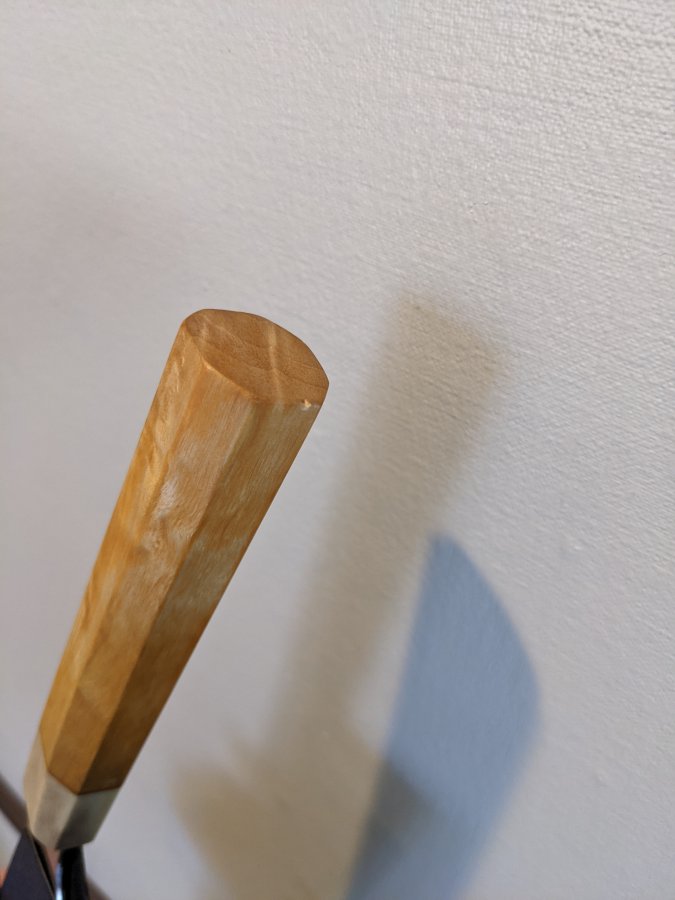 Adding a few more pics of the Dalman: 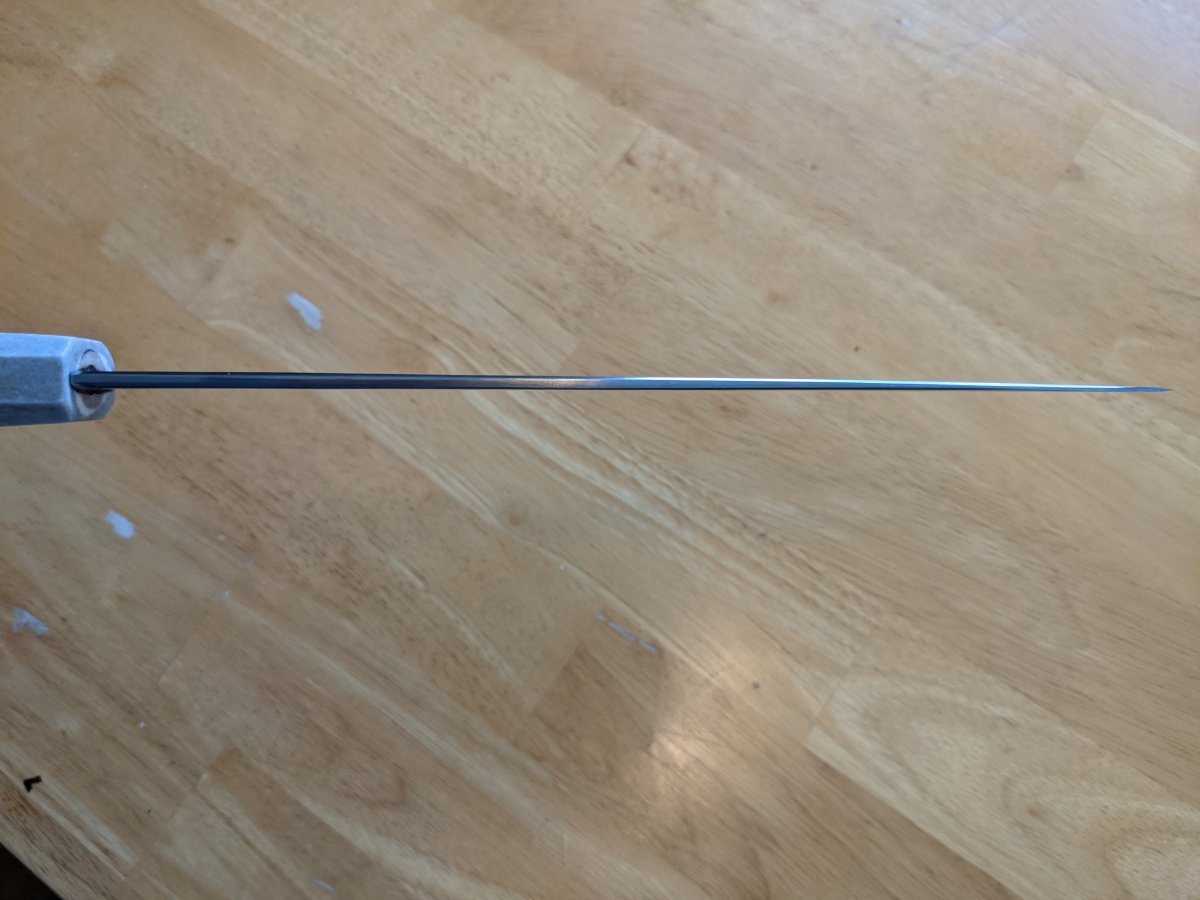 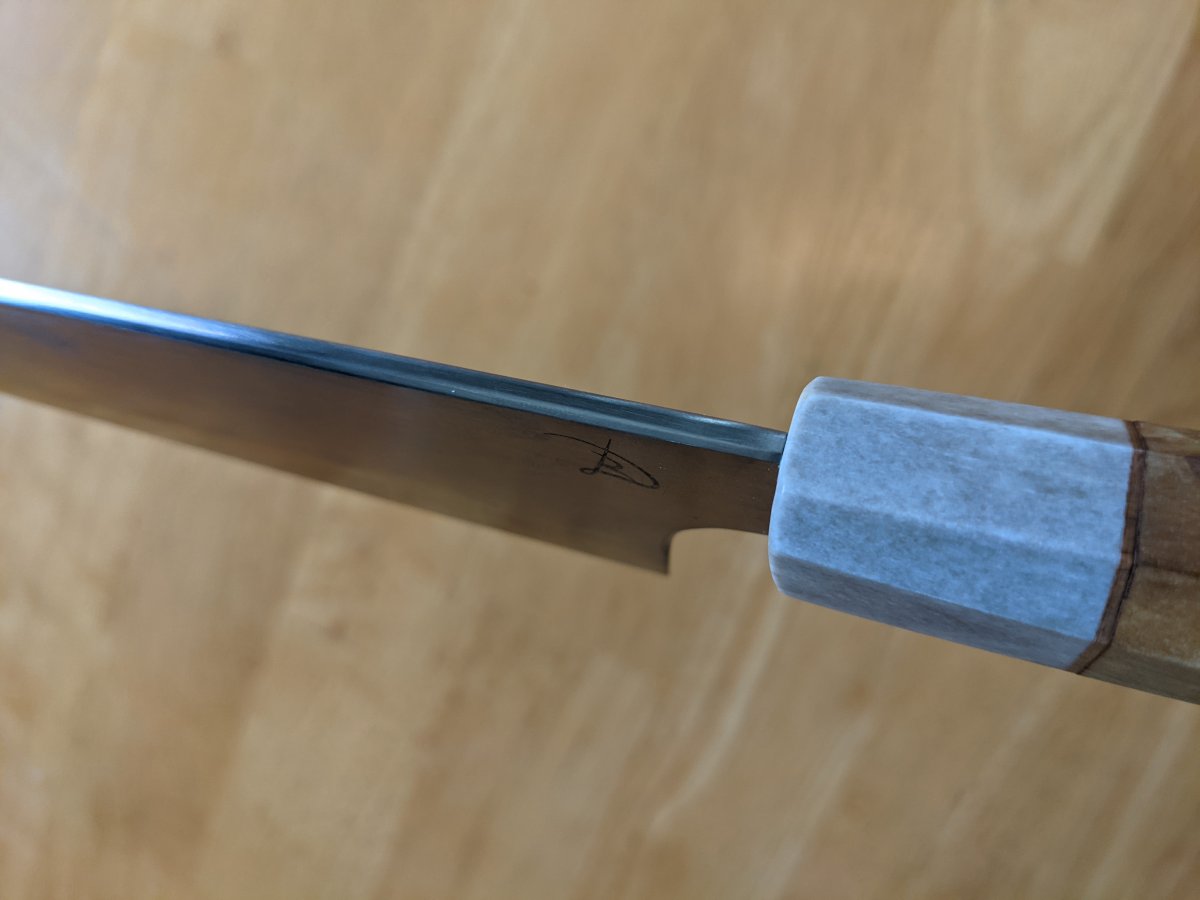 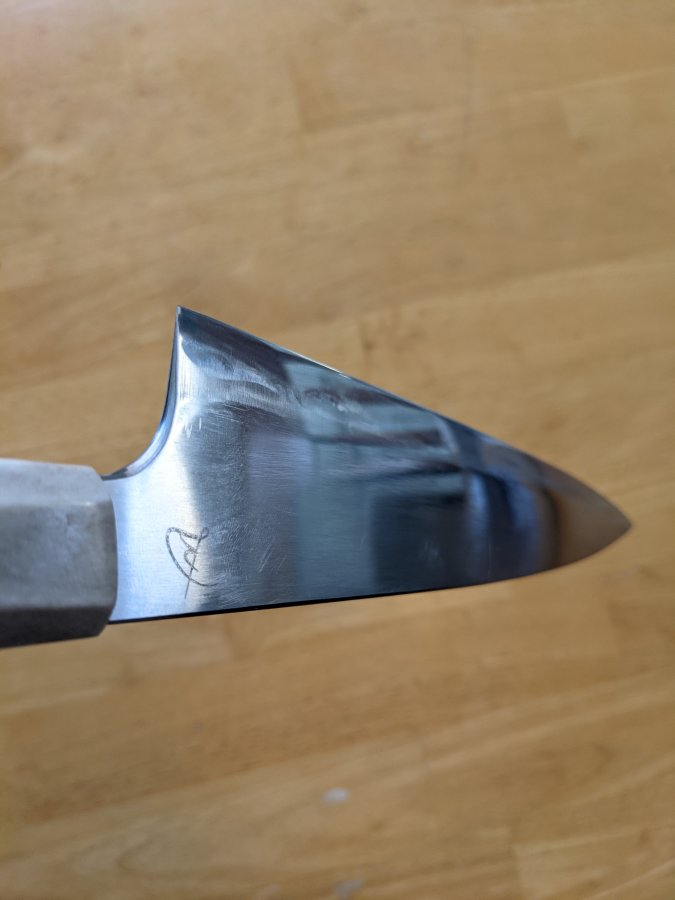