I made this tonight to go with my dinner. It will make a great summer drink, and is more complex than more "fruity" cocktails. A slight alcohol burn, sweet fruit, salt from the rim, tart from the lime, and a nice savory spicy hint from the chili peppers. It is a little more complicated than some cocktails, but if you make some ahead of time, they are easy to mix up for a dinner party or bbq.

The first thing you have to do is infuse some ginger liquor with chilies. They need to macerate for at least 24 hours. I didn't want to infuse the whole bottle, so I cut up about 3 red chilies, seeded them, added them to a jar and filled it with ginger liquor. 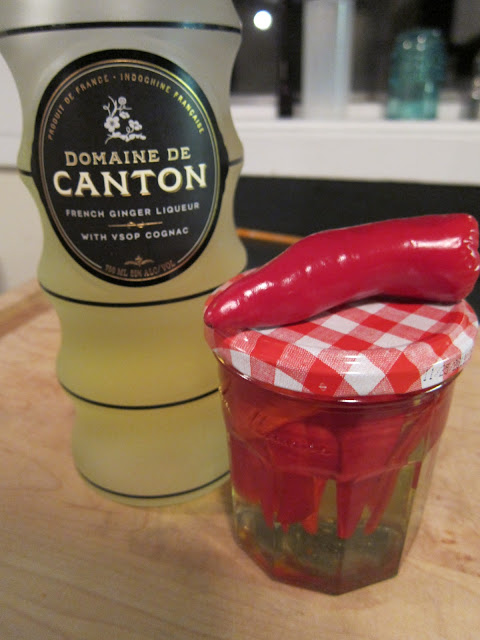 For the watermelon juice I bought a big wedge of melon. Melon, meet Hiro. Hiro, melon. 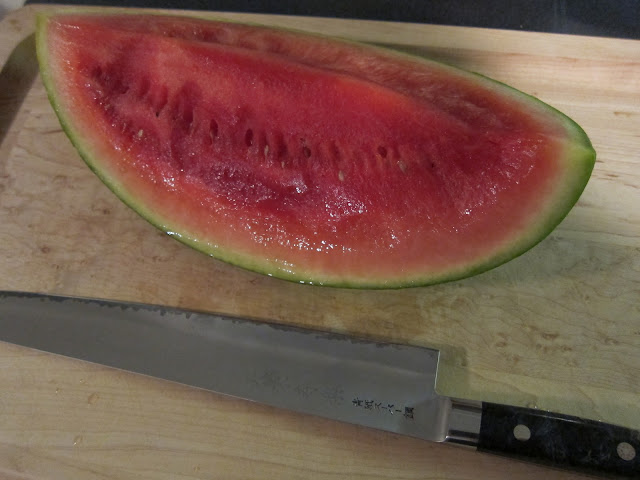 I cut the melon into rectangular chunks with the rind on the small end, and then just forced it through a strainer, using the rind to hold on to. I could have also just cut all the flesh from the rind and put it in my VitaMix, but I was too lazy to drag it out. 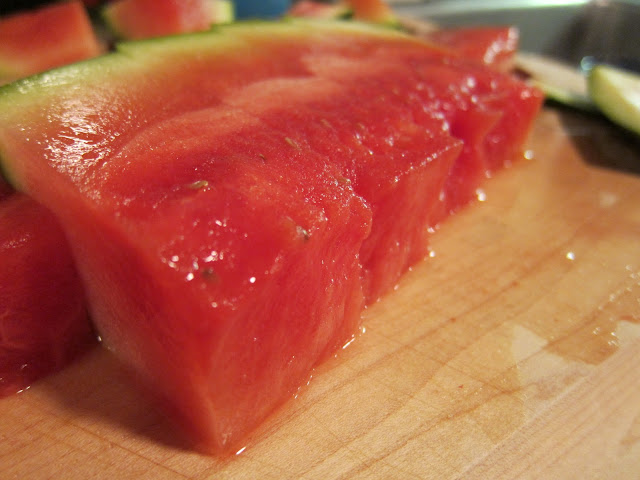 From left to right, Jose Cuervo Tradicional, chili infused ginger liquor, pineapple simple syrup, pineapple chunks, watermelon juice. And some limes and a Miyabi Fusion parer in the front row. I forgot to buy pineapple juice, but I did have this cup of pineapple chunks in juice. I drained the juice, mixed it 50/50 with agave nectar to make the simple syrup. I used some of the chunks as garnish, then ate the rest as a snack. I also like the Jose Cuervo Tradicional for margaritas and other mixed tequila drinks. It is a little more expensive than regular Jose, but it is a lot smoother and you won't feel so bad the next day if you have a few too many. 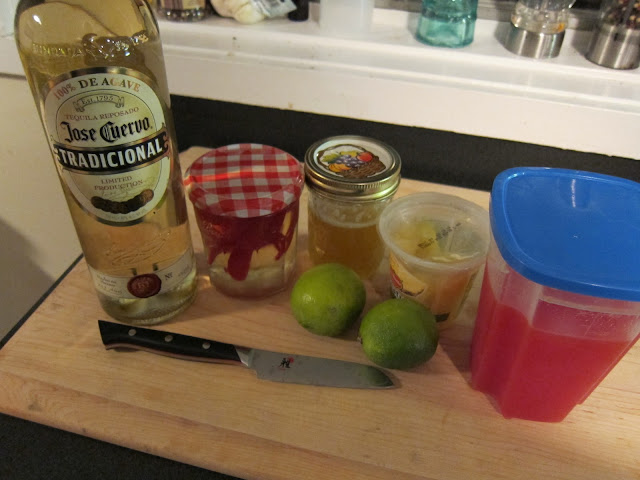 Just mix in the ratios listed above, serve over ice, and whatever garnish you like. I also salted the rims, because I just really like salt when tequila and lime are involved. 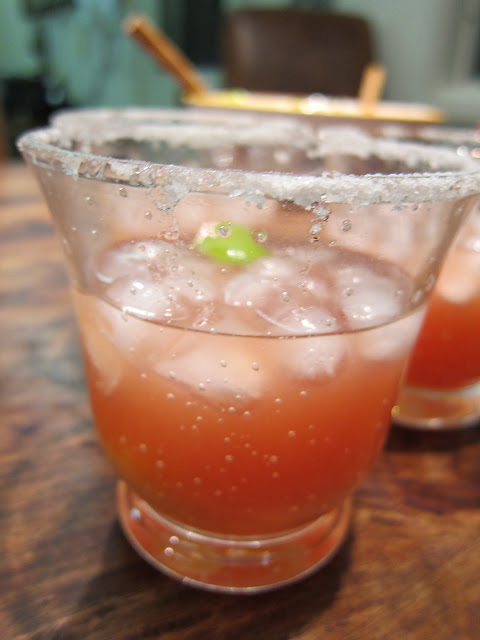 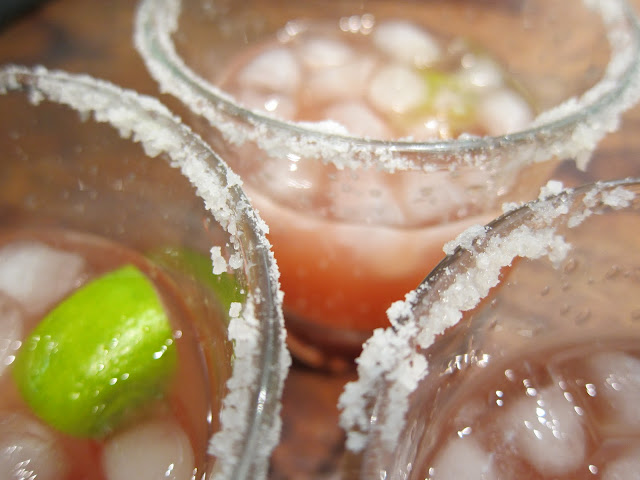