What blacksmiths are your top 3 unicorns?

I would have to say that for me the top three are:

I think that Okishiba Masakuni knives have a mystical reputation, a tragic life of one of the most gifted smiths of all time, his contribution to the Honyaki as we know it today is priceless, to get a “like new” condition of any Honyaki by him would hold the top spot in my collection.

Genkai Masakuni is the only apprentice to Okishiba Masakuni, he is known to have carried on the level of quality of his master, and produces what could be argued as the best knives in the world. His Honyaki get wild and having something like a Fuji 390mm yanagiba would be in the top three of my collection as well.

Tatsuo Ikeda is another tale of a life to short Brother to Yoshikazu Ikeda, and coming from a family of smiths, Tatsuo Ikedas work was regarded much like Okishiba’s in that he made what others strive a lifetime for seem easy and something they were born to do, he would produce unique Honyaki with materials like Tamahagane. He could challenge any other knife made at the time. I would be lying if I said scarcity wasn’t a factor but I believe his work is truly worthy of a top three place in anyone’s list.

So what are your guys favorite smiths and if you could have any smith make a Honyaki for you whos would you want? I would have to go for the OG Okishiba Masakuni!

if heiji or tf would do honyaki...

Huh, my list is not favoring the japanese makers. Partly since I'm a rookie, partly because I love the maker to customer contact and work of others. For makers I have not have the pleasure of trying but I would love to get my hands on and never let go

Of these only Kip seems within reach the next couple of years.

Some might think my unicorn choices unconventional, I don't mind Function and aestetics of these 3 appeal a lot to me.

For me, there are no unicorns.

I'll happily use any knife (many knives?) with a good HT and good cutting performance, especially if I like the profile and the finish. I don't discriminate on the basis of scarcity.

Been at this...not long enough

Edit: more seriously, I’d like to find a Catcheside that really works for me. I’ve had two before which were great but not perfect for me. Also would like a Raquin. I want to try a Mizuno honyaki at some point before I die. I don’t give a **** about scarcity, though. I just like what I know about those knives.
Last edited: Jun 26, 2020

David Lisch 270 integral honyaki, but that's like 3 careers from now if he's still working. I'm still looking for an Asai PM 270 Western too.

He's still working. The demand for his blades (kitchen and non-kitchen) is much greater than his ability to produce.
T

billyO said:
He's still working. The demand for his blades (kitchen and non-kitchen) is much greater than his ability to produce.
Click to expand...

His pizza cutter was sold not too long ago if I recall correctly.

Been at this...not long enough

tchan001 said:
His pizza cutter was sold not too long ago if I recall correctly.

Even more updated, this is in stock:

Haha, I meant if he's still working at the time in my life where the money is inconsequential. Marc Maron has a bit about buying a tube amp...very relatable. Thinky Pain on Netflix if you're into comedy.
R 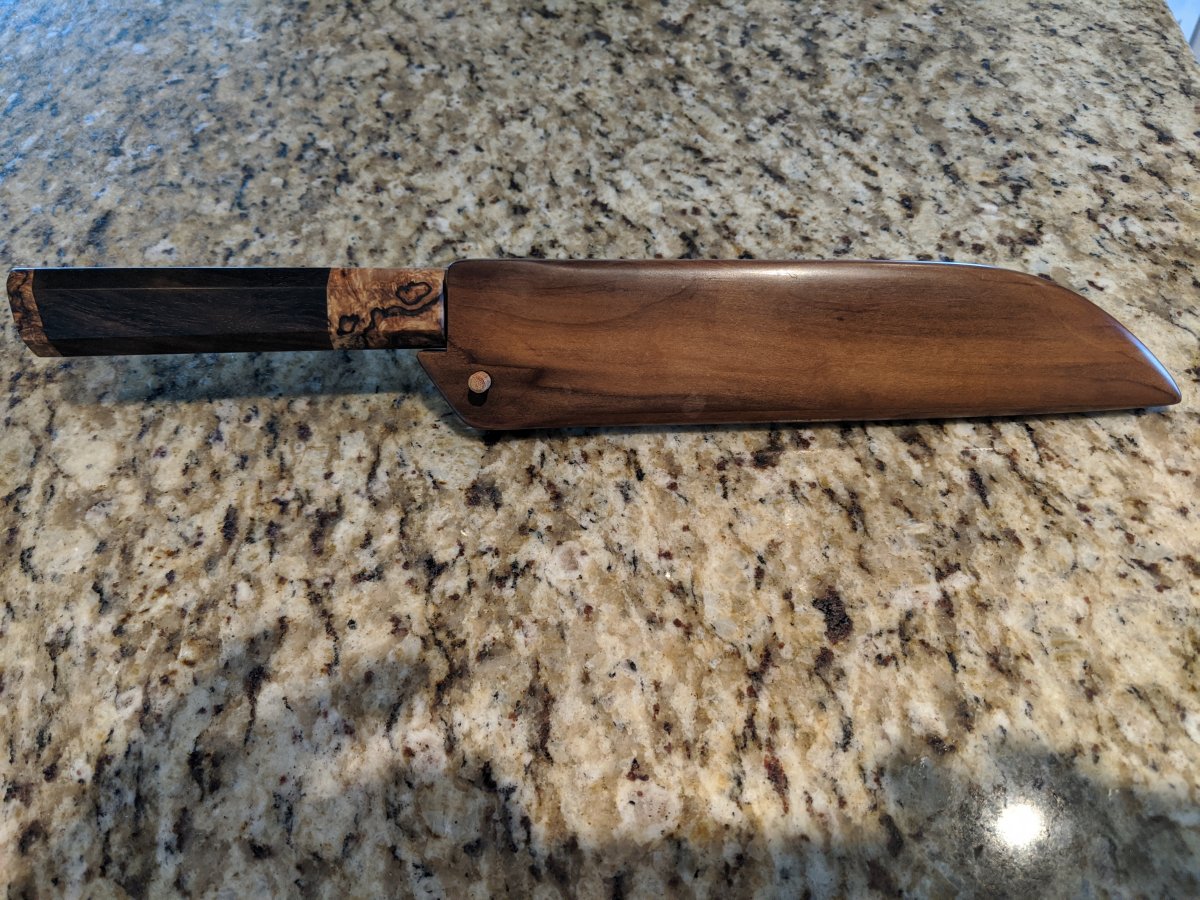 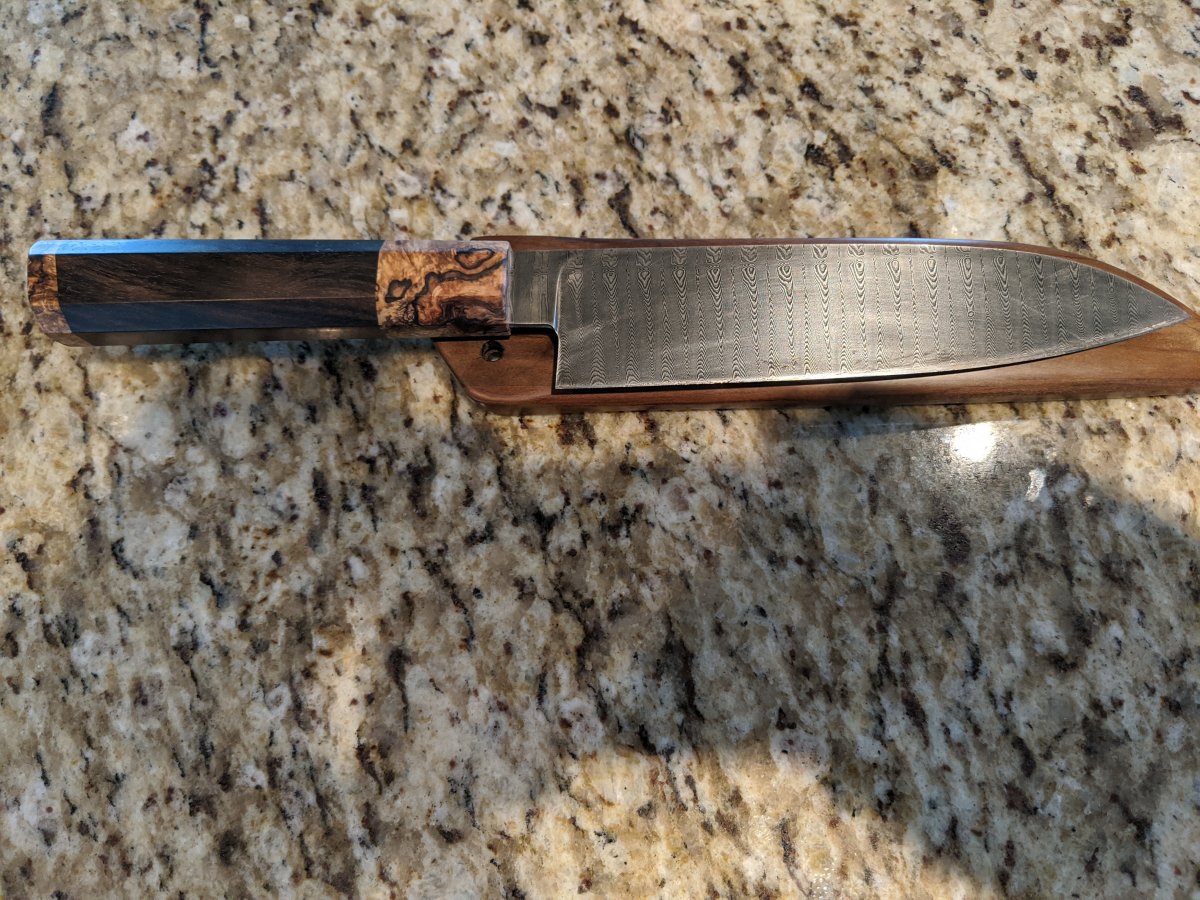 Dennis Toland--amazing skills, but does not sell, not a commercial smith... Amazing edges and retention... Only works for friends, or when inspired.

Only one true "unicorn" for me, Toyama honyaki gyuto
Yanick Puig, a year wait

Kipp workpony honyaki, is the knife that gives me the biggest enjoy when using it, so I guess I have one unicorn allready