A hard Suita but so pretty but so many inclusions.

Is somehow fine and on the muddy side . . . But makes such a tiny amount of mud. Has a fluffy feel of grit, so it feels muddy and it does autoslurry.

By the coloration, I thought it was gonna be softer. Prettiest stone I've seen.

Of course, it looks like dawn on one side of the stone, and dusk the other, and rainbow of mornings/evenings between.

When it works well, the grit leaves such a nice pattern . . . But the inclusions are so annoying. I got my best finish on this stone but I'm not patient enough to replicate it.

The inclusions are kinda feelable. . . not scraping noises though. . . I've had that on other inclusions before . . . these aren't totally benign either though.

Edge it leaves are close to some of the sharpest I've gotten from a finisher jnat.

Selling so i can try some diamond stones for all the thinning work I do . . ..which is more than jnat stuff.

Both sides are usable and flattened. The dusk side is a bit finer, and the dawn orange side is a bit faster . . . but so similar it was hard to tell a difference.


I flattened the sides a bit . . . there were rotating saw marks originally. . . normally i don't do this, but I wanted to look at the layering more clearly.

I'll try to dig out the inclusions and show a polish picture of when it works well. Because it's the best polish I have gotten from a jnat. Very chrome steel, and soft hazy iron, slightly dark and very even haze.

Digging will take some time . . . it's a dense stone, and I don't want to accidentally split it or anything if I push too hard, haha. (I've split a stone while sharpening on it before, and it was a much purer stone than this one, but a lot thinner).

The mud from the slurry will keep cutting going -- but starting the slurry is the hard part. 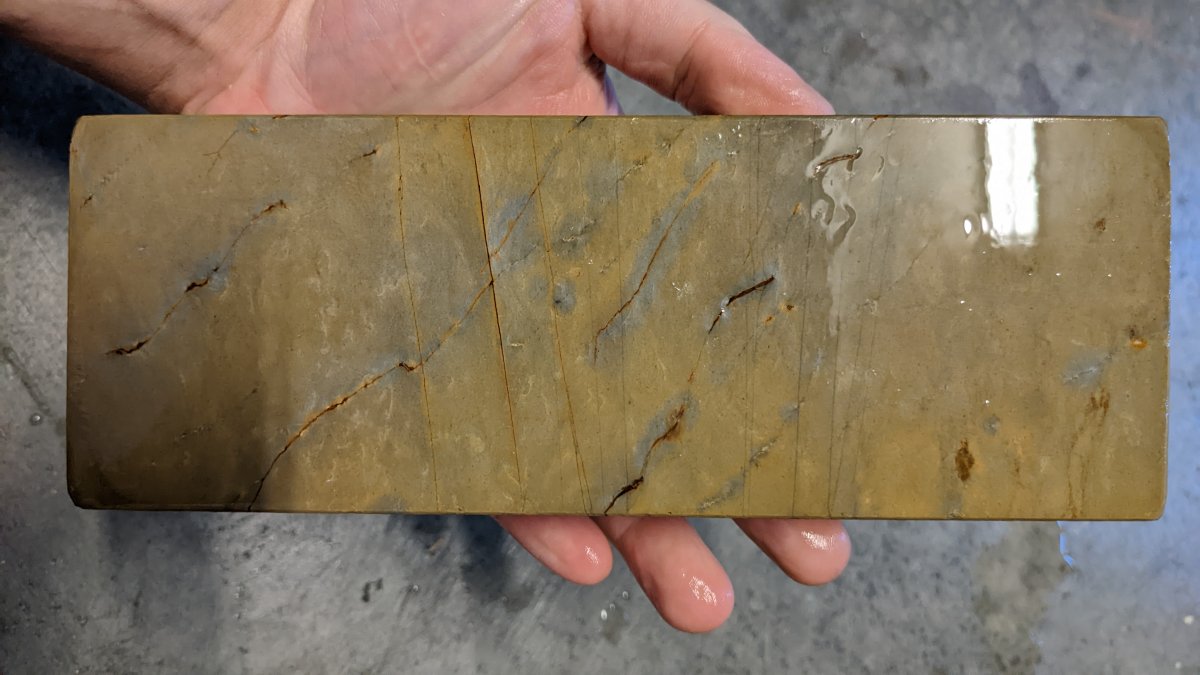 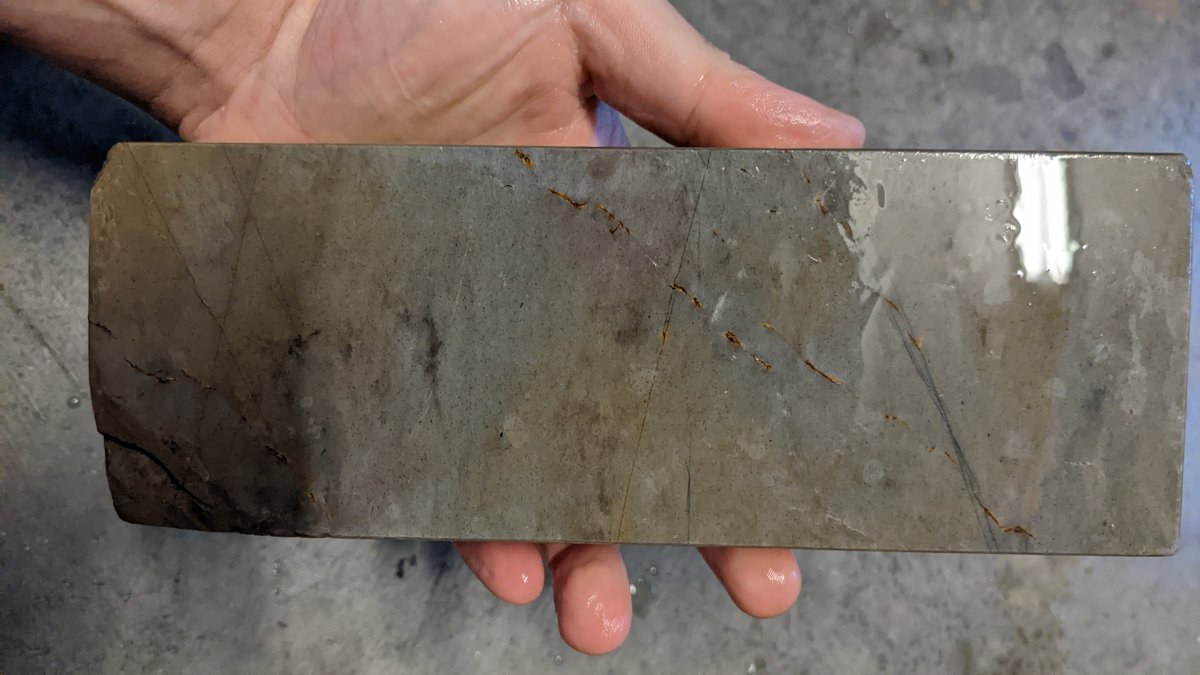 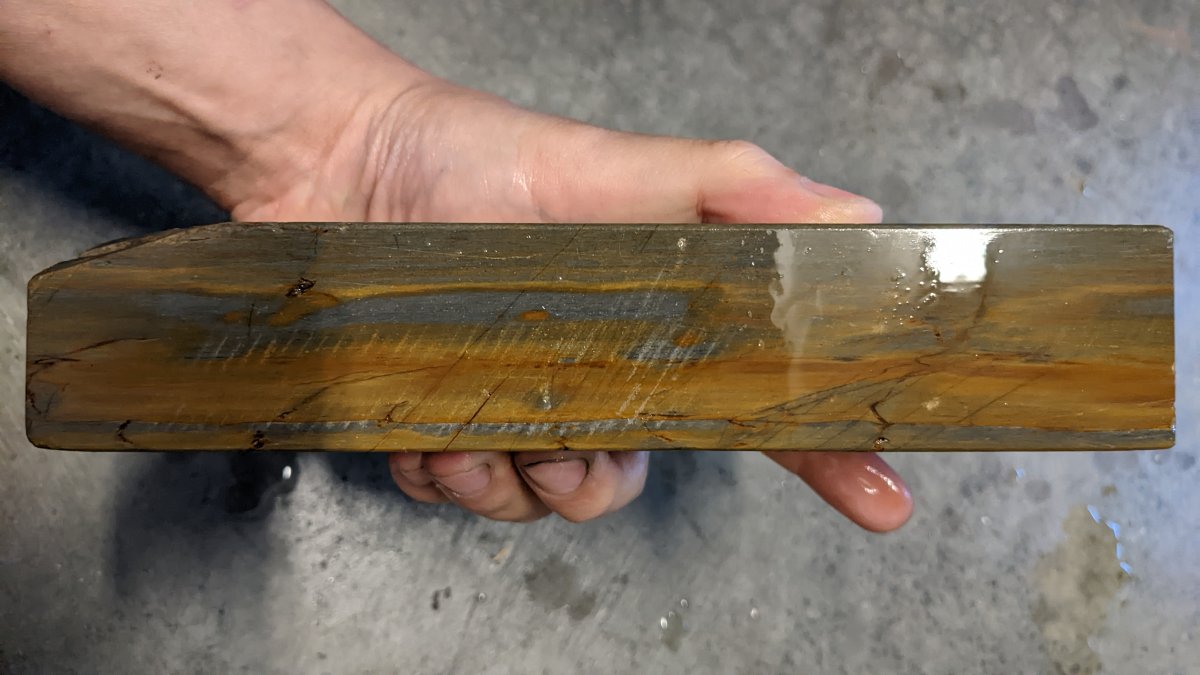 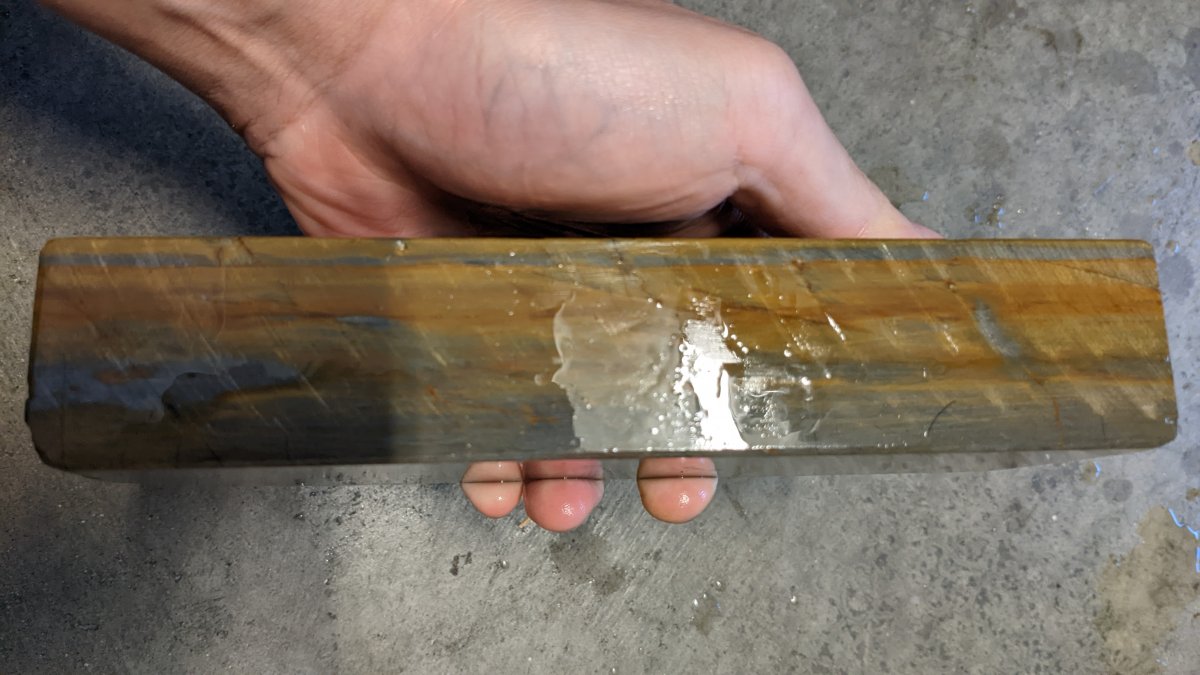 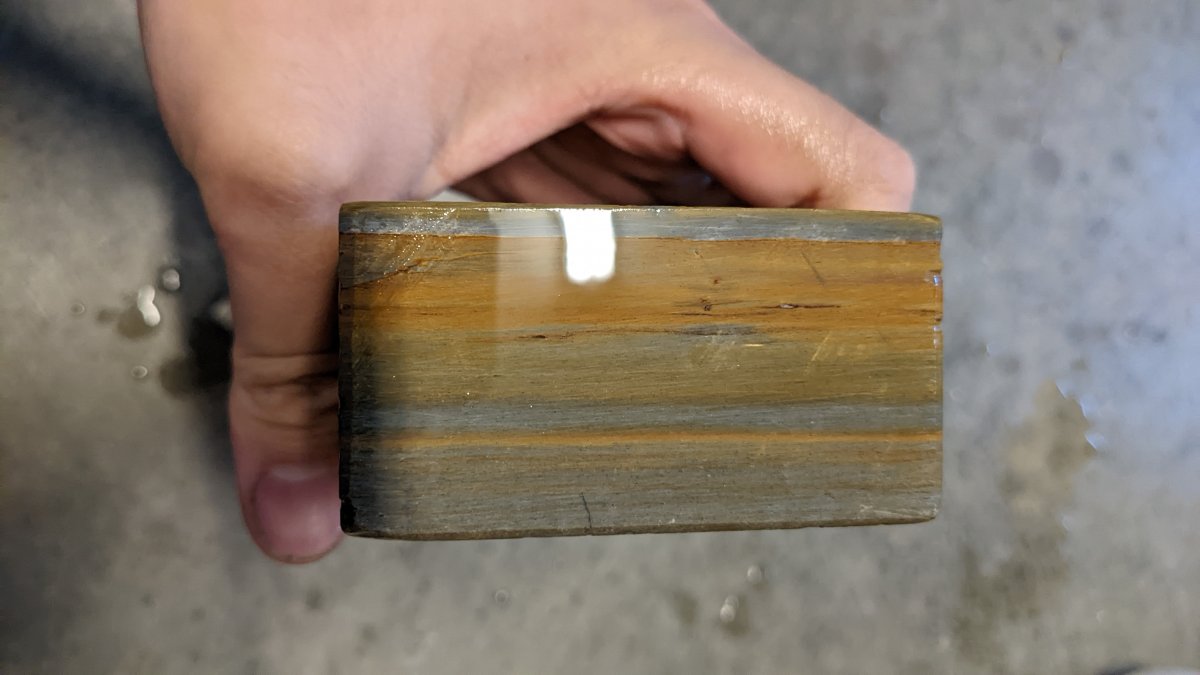 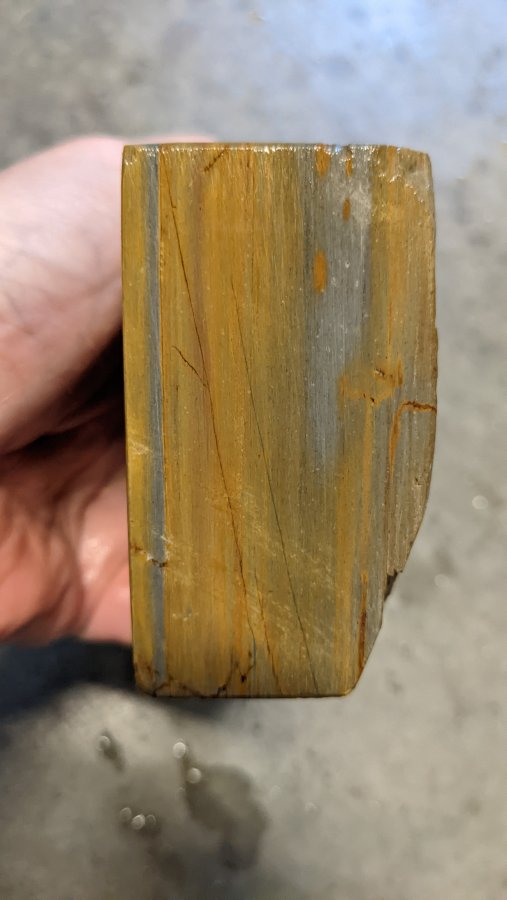 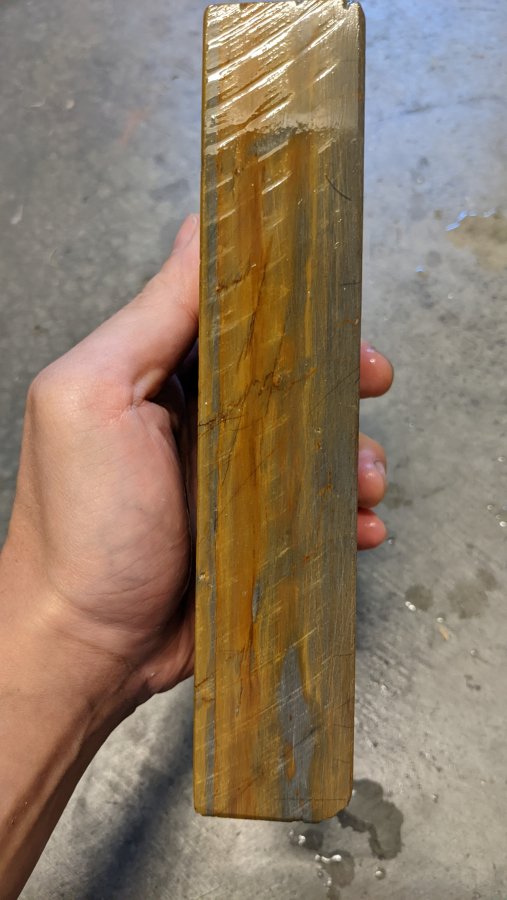 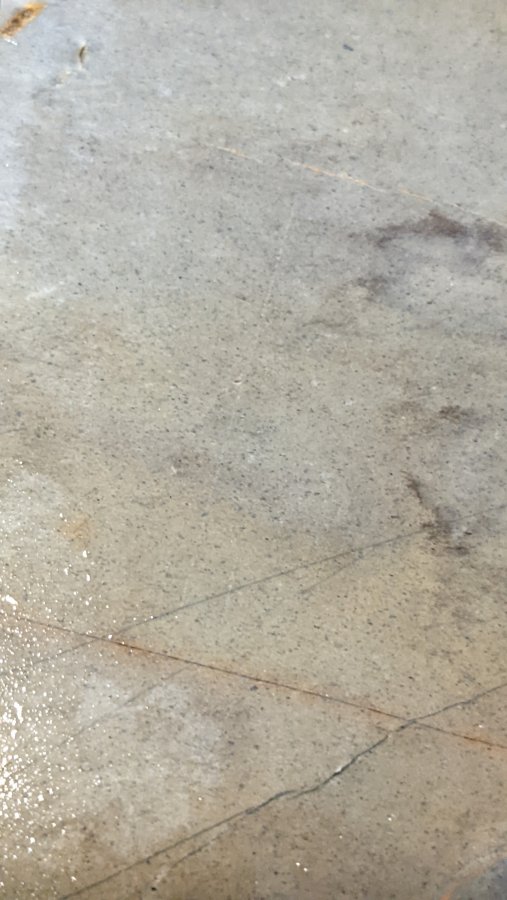 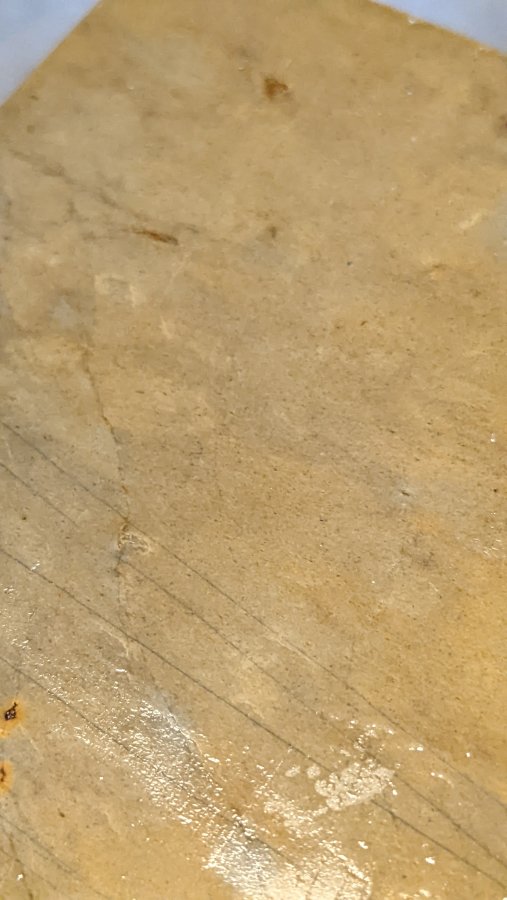 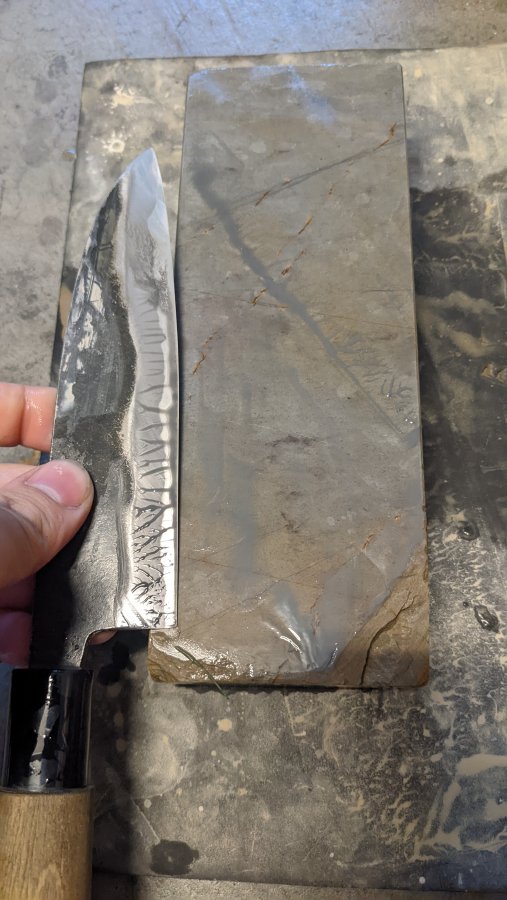 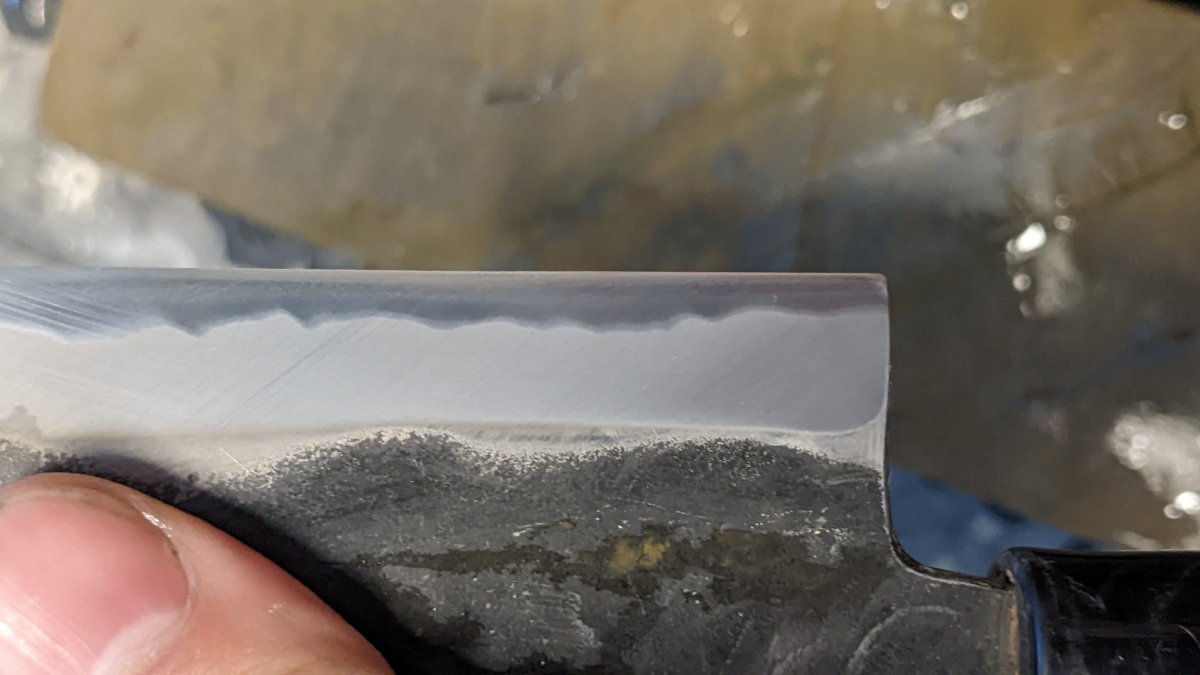 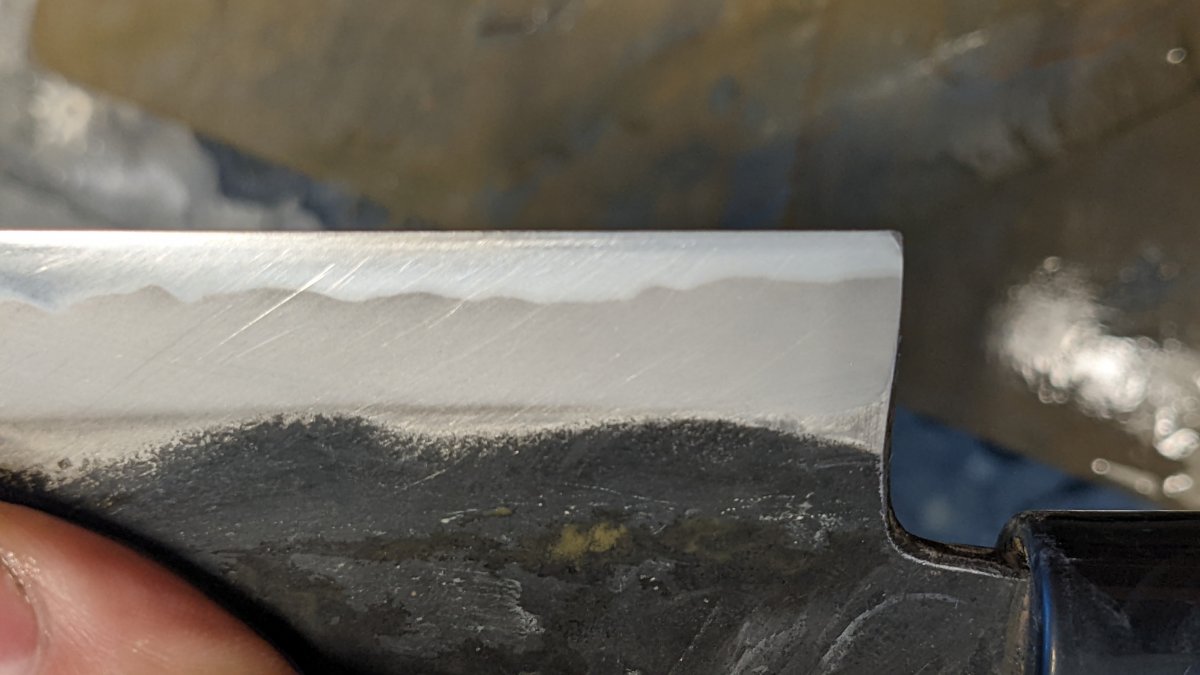 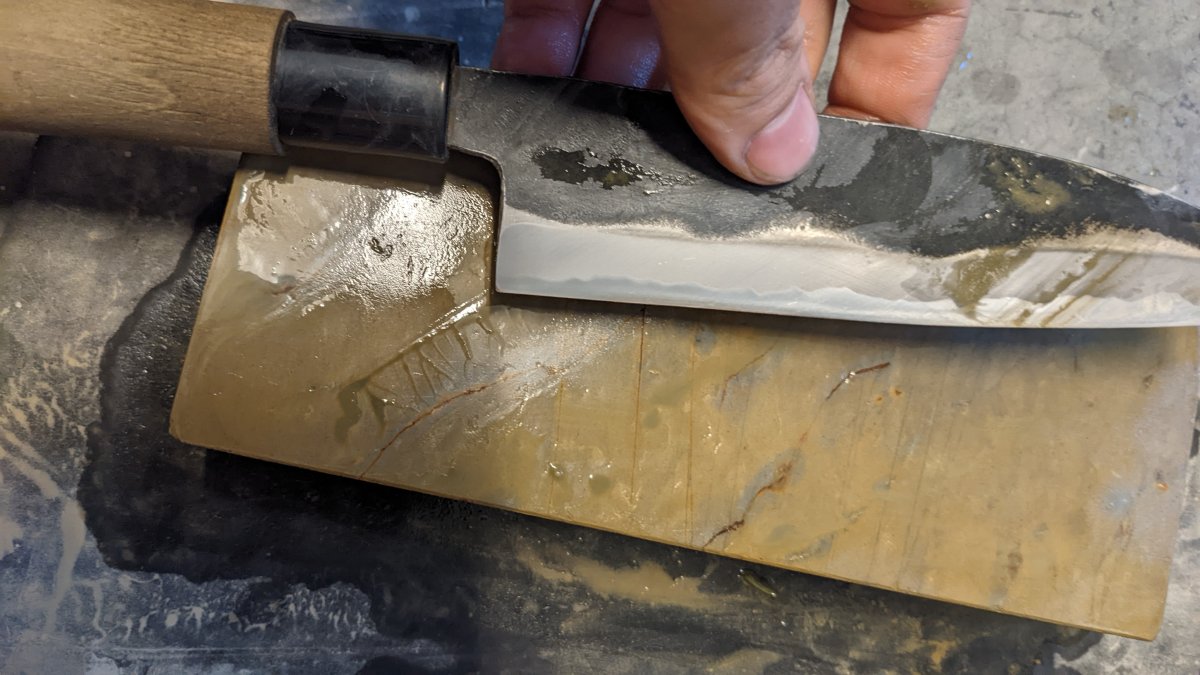 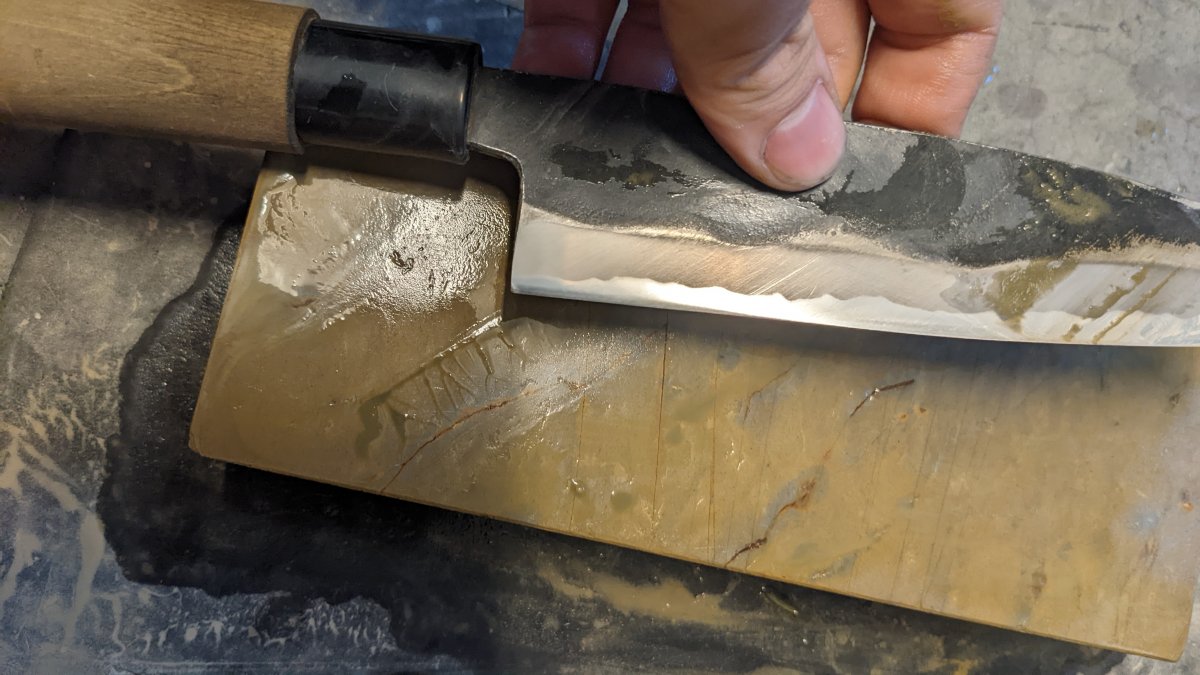 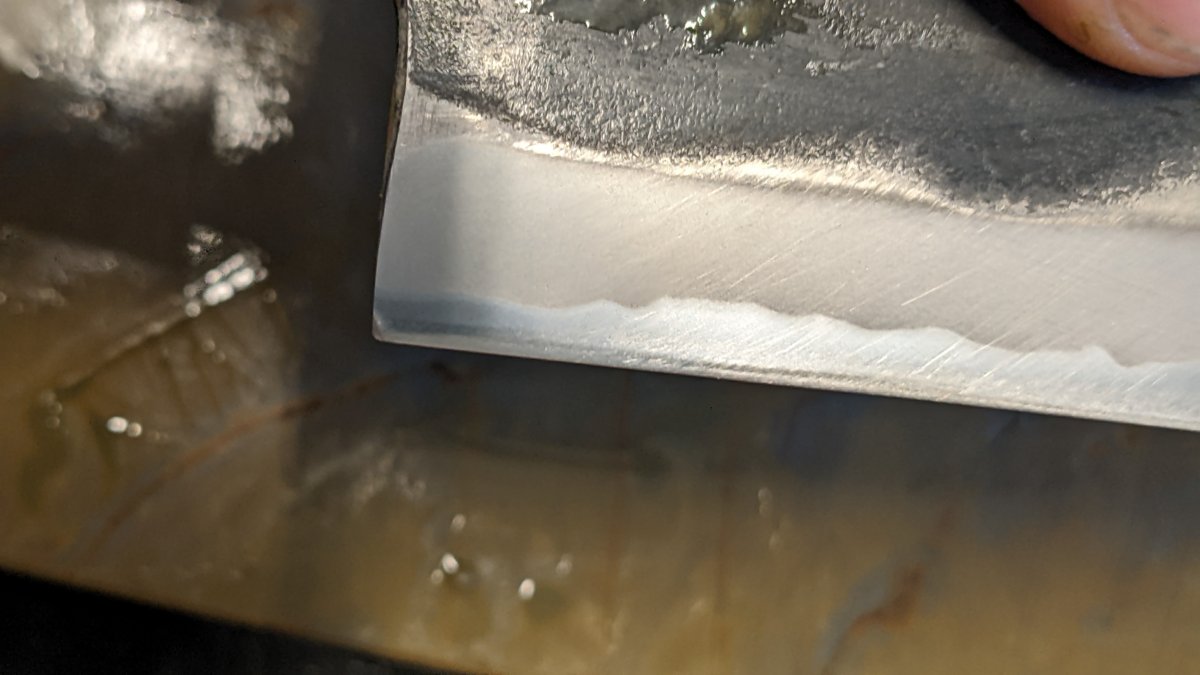 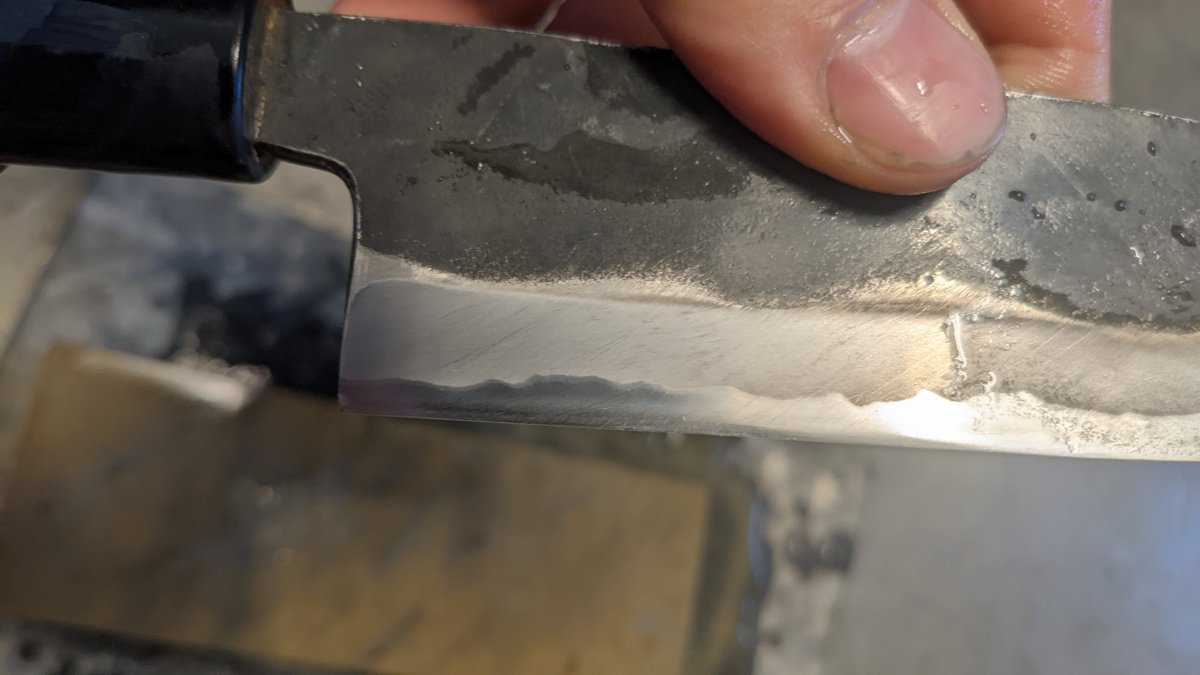 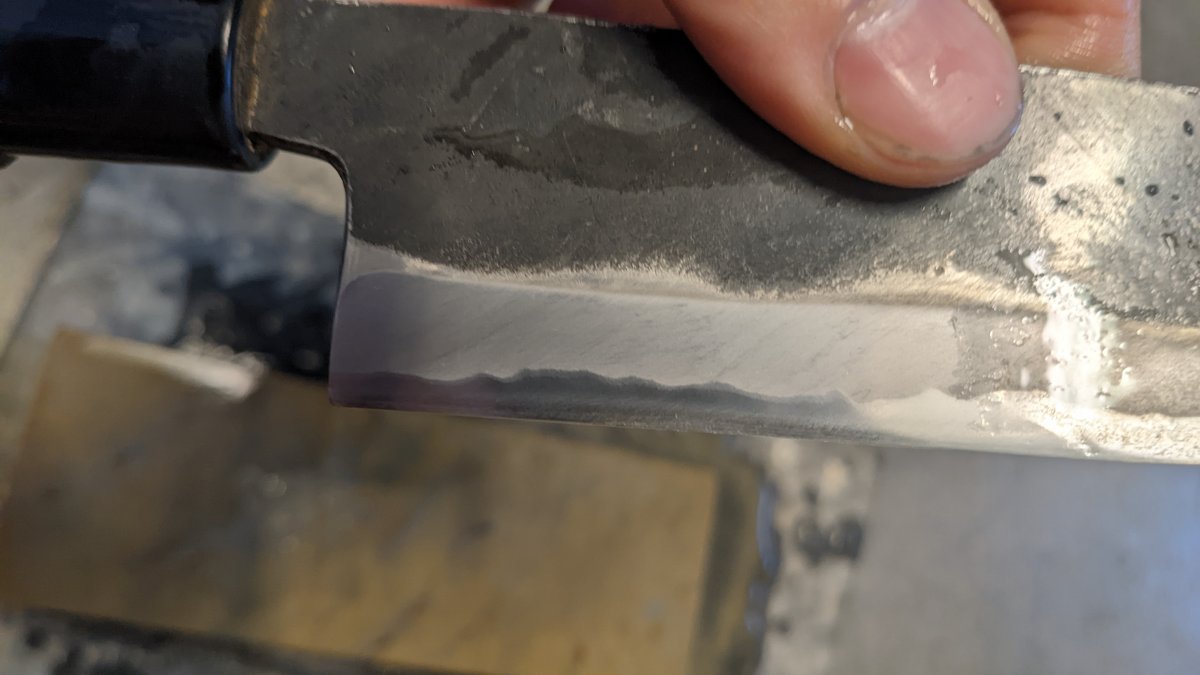 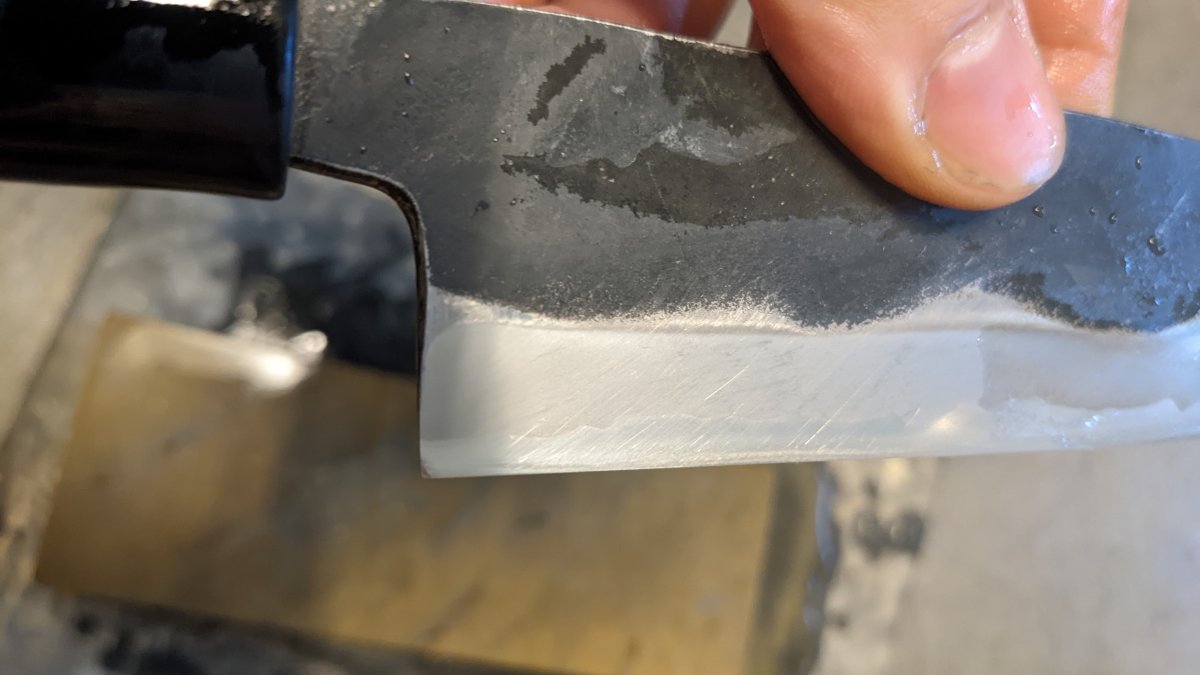 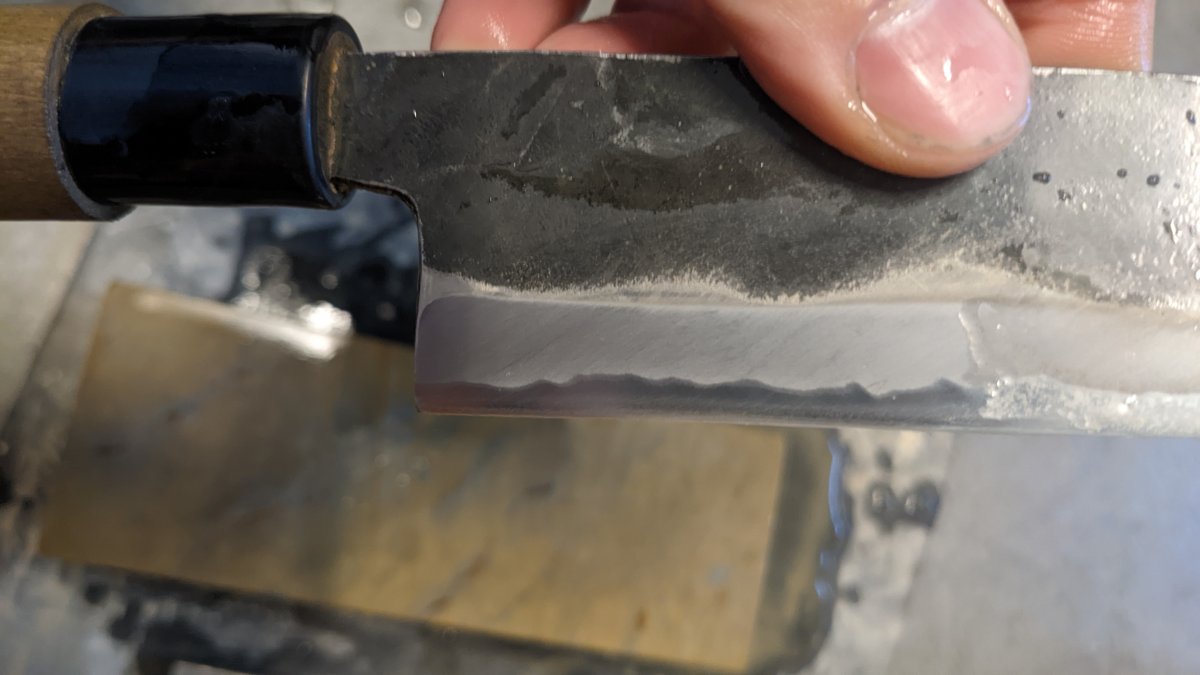 if someone wasnt into polishing the hardness, size and fineness of this would make this a genuine lifetime stone.